Poor Jordi Gomez. Regular readers of the football instances of this blog will know that I am a big fan of the talents of the languid, floppy-haired Spanish midfielder who currently plies his trade at Wigan Athletic. The Jordi fan club is not a huge one, however, 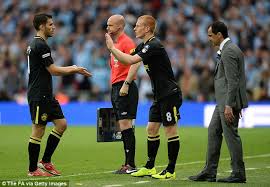 and it is fair to say that, at best, he divides opinion.

Even those of us who consider ourselves to be firmly ensconced in the pro-Jordi camp recognise that he has some failings (note the use of the word “languid” above, by way of illustration) but we also recognise that he is a player who seems to thrive on confidence and therefore needs a metaphorical, even perhaps a literal, arm around his shoulders to keep up his spirits from time to time.

What he doesn’t need is to be booed mercilessly, no matter what he does on a football pitch. In fact, Jordi doesn’t actually need to be on the pitch to be booed. Simply having his name read out as a member of the starting line-up is enough to illicit a guttural bellow of booing from the Neanderthals on the terraces.

And there seems to be no quid pro quo when it comes to comparisons with other players, either. Recently, our new star striker (sic), Grant Holt, “controlled” a ball twenty yards directly into touch, for which the Mensa-enrolled section of the crowd gave him a standing ovation – presumably for not falling over. Yet, in the same game, Jordi forced the ‘keeper into a top-corner, finger-tipped save and gets ripped to shreds for not finding the back of the net from thirty-five yards. The only time Jordi gets a standing ovation is when he is substituted. And, even then, the ovation is for the benefit of the gaffer for having had the good sense to put him out of his misery.

But, putting aside whether we think Gomez is a decent player or not, what on earth do the boo boys think is achieved by ripping into him every time he touches the ball? In what way do they think that it helps? It is certainly unlikely to make the lad play any better – quite the opposite, probably – and evidence suggests that it definitely doesn’t discourage the manager from picking him for the next game. “Because I’ve paid my money and I’ll boo if I want to“, is the usual and only idiotic response if you ever ask them why they do it.

This response only begs the further question, why does it only seem to happen at a football match?  Is it the mob mentality, is it the amount of booze consumed, 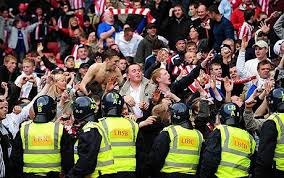 is it a function of the sheer anger/bitterness/jealousy felt towards a player who earns a small fortune per week yet fails to live up to the paying public’s expectations. Even if that is true, why doesn’t it happen in other forms of entertainment? The odd naff comedian gets booed, I suppose, but generally speaking, an under-par performance by a musician or a stage actor, for example, will always be met with a polite round of applause even if their performance is subsequently critically torn to shreds in the boozer after the show.

People like Jordi Gomez are only trying to do their job. Can you imagine delivering your lovingly prepared Powerpoint presentation at work, only for the audience to drown out your slide commentary with a cacophony of booing? If your restaurant dinner isn’t up to scratch, I presume you wouldn’t dream of subjecting the chef to a rendition of “You don’t know what you’re doing!”? Even a bad experience at the hairdressing salon – and I realise I am on unfamiliar ground here – might lead you to complain forcibly, maybe even ask for a refund, but you wouldn’t launch into a vitriolic chorus of “the barber is a wanker!” now, would you?

In fact, if you did choose one of the above courses of action, you are liable to get yourself slapped. And quite right too, because, outside of a football stadium, it is still seen to be socially unacceptable to blatantly boo perceived unacceptable performance or behaviour.

If you are still not convinced, and think that the Jordi Gomez boo-boys are perfectly in order, I urge you to think again. By way of support for this argument, I offer several everyday situations in which it is undoubtedly wise to suppress any urge to show any form of disgruntlement, let alone partake in any actually booing. 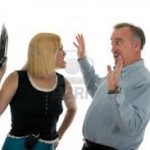 If you are sufficiently fortunate to arrive home from work to find dinner waiting on the table for you, it is your solemn duty to eat it with unquestioning gratitude. It is akin to domestic suicide to offer even the remotest hint of a disapproving or disappointed look, let alone launch into any verbal criticism of the standard of cooking. Get through as much of it as you can in silence whilst hoping that an opportunity to secretly dispose of it into the bin presents itself. Do not boo! 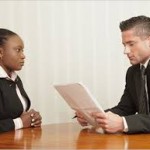 managers: the workplace is, thankfully, one environment where it is expected that people generally display good manners and common decency to all colleagues, clients and suppliers, no matter what your private feelings of them may be. So, for example, it is politically suicidal to allow an appraisee or interviewee to walk through his or her CV or personal development plan, respectively, before laughing in their face and singing: “you’re shit, and you know you are!” 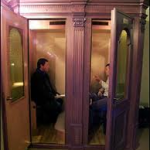 priests: It has become depressingly clear over recent decades that the priesthood seems to have very blurred lines when it comes to determining what is and isn’t acceptable behaviour. I don’t wish to go anywhere near that road but, suffice to say, a catholic confession is already a traumatic experience for the confessor without him or her having their sin-list aggressively chastised by their parish priest. Stick to the tried and tested policy of issuing a couple of Hail Marys and a decade or two of the rosary, rather than jumping round the other side of the confessional and insisting that “you’re not fit to wear the beads!”, for example.

It is an undeniable fact that we have an over-inflated sense of our prowess in the bedroom department,be that in the arena of stature, stamina or skill. Declaring, post-coitus, that “I thought I were great!”, á la the character Bob in the film “Rita, Sue and Bob, Too”, is unlikely to cut it in the event that your partner appears to be in any way unfulfilled with your performance. Just accept it and endeavour to improve the next time. Under no circumstances must you make any criticism you may have of your partner audible, unless you are hell-bent on ending the relationship right there and then. And, whatever provocation you may feel subjected to, resist the urge to treat it like an opposition goal-kick and bark at your partner “You’re shit, aaaarrgghhh!” It cannot possibly end well.

The DW Stadium – Wigan fans: Please, stop booing Jordi Gomez! We have a left winger that can only dribble up his own arse, another one that can’t pass wind, a striker who wouldn’t score in a Marsh Green secondary school playground and any number of midfielders who couldn’t trap a bag of cement if their life depended on it. Share the love fellas, share the love! 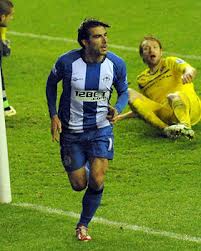