I have a road bike. I cycle. There, I’ve said it. To be fair, I like to think that I’m not one of those bike bores who only jumped on the bandwagon after Bradley Wiggins and 2012 Olympics. That said, in the six years 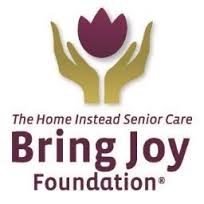 hat I’ve had the bike, it has spent more time in the garage acting as a clothes horse for my wet golf gear than it has out on the road.

However, I have recently been forced to dust the cobwebs off it, having been persuaded to take part in a charity cycle ride on 4th September. It’s not a huge ride, just 37 miles around the streets of London, as myself and a handful of work colleagues wend our way from Richmond to visit the Queen at Windsor. Surely she’ll be home on a Sunday? She could at least make the effort.

The beneficiary of our combined effort is The Bring Joy Foundation, the charitable arm of the company I work for, Home Instead Senior Care UK.  It is a fantastic organisation that performs great work helping to fund the little things that, in some small way, improve the lives of older people in our local communities. Funding tea dances, movie nights, trips to the seaside… these are the kind of things that the Foundation helps with. Nothing huge, but it is very much appreciated by the seniors that the Foundation serves.

So our little National Office bike club is looking to raise at least £1500 between us for Bring Joy. I hate asking anybody for money but, given that I am going to be dragging my sorry arse around the streets of London in aid of this wonderful charity, the very least you can do is put your hand in your pocket and donate a couple of quid to the cause! So, while you make your way over to my JustGiving site to donate, here are a few bike-related thoughts that have occurred to me as I have been “training” over the last few weeks.

Bike snobs – Road riders are a completely different animal to the Sunday afternoon tow-path plodder. You always get a cheery smile and wave from those who tootle along woodland trails and canal paths. They don’t take themselves too seriously. Road riders, in contrast, are a much more snobby lot. You might get a slight nod of acknowledgement from the guy who passes you on the other side of the carriageway, but you just know that he is only checking out your bike and your gear to gauge whether or not you are a serious rider.

Owning the road – Motorists hate cyclists, and more often than not, I think the feeling is mutual. However, as a member of both groups, I can categorically state that cyclists are far guiltier of believing they own the road than are motorists. Apart from taxi drivers, that is. 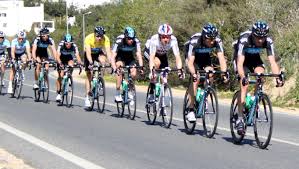 Replica kits – I have never understood why grown men buy replica football tops, unless it is to wear whilst actually playing football. With cycling, I accept that there is some benefit to wearing a proper cycling top. They are generally a snug fit, which helps with aerodynamics apparently, and they have useful little pockets in the back which helps to store your keys, cash and iPhone. You can buy one form Aldi for about a tenner so why would anyone want to spend £70 on a replica Team Sky Chris Froome shirt? You’re 50 years of age, for God’s sake so just stop it! You look silly!

Hill climbs – Some weirdos like to ride up steep hills for fun. What possible pleasure can be derived from that? I have no aversion to cycling down hills whatsoever, but riding up them? Where possible, I avoid them like the plague. There is a half-mile stretch of road close by my home which has a very steady and steepish incline. It’s no Kilimanjaro but, nevertheless, I regularly cycle two miles out of my way just to skip that climb. If I were to ever take up cycling seriously, I would have to migrate to Belgium or the Netherlands to find some flat ground.

Blazing Saddles – I know that for proper cyclists, 37 miles is not a huge stretch. For me and most of my colleagues however, it is quite a decent effort. I am not daunted by it at all, though. After all, I have taken a look at the map and have identified five pub stops en route. I am not worried that I will have insufficient stamina nor that my spindly, sparrow-like legs will fail to propel me safely across the finish line. I am, however, slightly concerned at the state my backside will be in by the time we’re done. It will definitely be a case of numb-bum. Is it acceptable to ride a bike with a cushion strapped to your saddle?

Thanks for reading. Please sponsor me. It really is for a great cause.

See you in the Peloton – Griff