One of the roller-coasters at the Alton Towers theme park crashed earlier in the week, injuring a number of thrill-seekers, as the tabloids would call them. How galling, to queue for a couple of hours for the ride, only to have your carriage crash into an empty, stationary cart half way round the track and smash your legs to pieces. How ironic that the ride is called “Smiler”.

I jest, of course, as it is an extremely unfortunate accident and having your legs smashed to pieces is 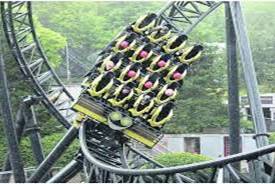 clearly no smiling matter. However, I guess the number of incidents expressed as a percentage of the total number of times the Smiler ride has actually operated, is a very small number.

Again, I am not trying to trivialise the situation, but comments I have heard this week like “this was an accident waiting to happen” and “you wouldn’t catch me on one of those” seem to be a tad dramatic, to me. For example, drawing from my own rather modest existence, I can think of five activities right off the bat which are far more hazardous than simply strapping yourself into a roller-coaster.

M60 at Worsley – Most days when I drive home from work, I exit the M60 at Worsley. Negotiating the roundabout at the bottom of that slip road is a challenging experience as the two lanes of traffic that approaches it from above do so at break-neck speed as they hurtle down the hill. It’s hard enough to navigate in a car, but to attempt to do it on a push-bike, in the middle of rush hour, is insane. But plenty do it. Nutters!

Driving in Bangalore – As mad as it is cycling around Worsley at rush-hour, attempting to drive a car in Bangalore, or any other Indian city, at any time at all is just asking for trouble. The fact that they don’t appear to bother with road markings over there is probably immaterial. Those guys just point the battered old Corsa and fire, working very much on the principle of “who blinks first loses”. And as for those tuk-tuk drivers – well they are insane, just simply 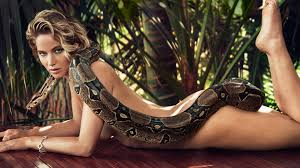 Snakes – I appreciate that this just may be me, as it is fair to say that I do have an over the top fear of snakes, but why do people insist on having these things draped round their necks and other parts of their anatomy? It’s madness. I’d write more but I had a nightmare about snakes the other night and even thinking about them again is bound to bring on another episode.

Christmas lights – It’s not Christmas lights, per se, that I am opposed to. It’s Christmas lights, me and my upstairs guttering and garage roof. Up until about fifteen years ago when I offered to paint my girlfriend’s windows (no euphemism there) I had no perceptible fear of heights. But now, it seems, I have. Fortunately, my son is now sufficiently cynical to not care about having flashing lights on the house at Christmas so I don’t have to risk life and limb putting them up.

Playing Frisbie – And by playing frisbie, I mean specifically playing it with my son, who is comfortably the worst frisbie thrower in the entire world. The only person who comes close to his ineptitude is me. The issue I have is twofold.  Firstly, he rarely gets the frisbie to land anywhere remotely close to me or more than a foot off the ground which, with my knackered knees and back, is not good. I am up and down like a bride’s niSecondly, if he does get it on target, I am at serious risk of decapitation, knee-capping or, god forbid, genital re-arrangement. Dangerous, you see, dangerous.

See you at the theme park – Griff