Alex turned nine earlier this week and it’s fair to say that his birthday was one of the easiest, less stressful birthdays we have ever had. The main reason for this was that the present he desperately wanted is a new Wii game called Disney something or other – “Disney Infinity”, I think – that isn’t released until Friday. An integral – rip-off – part of the game is to buy peripheral Disney figures which interact with the game and cost about fifteen quid a pop. Any parents out there familiar with the Skylanders game will fully understand this and will be feeling our pain at this point. 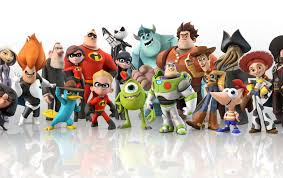 Naturally, Alex would like to have had the whole collection of Disney figures to open on his birthday but, as we have established, neither they nor the game were yet available. Everybody was therefore respectfully requested to give him cash so that, come today, he could toddle off to the toy store and buy them himself.

This made the birthday preparations so much easier than they have been in the past. There was no buying, no wrapping and no thinking up of present ideas for people to buy. Once you have overcome the slightly cheeky notion of asking people to simply donate their hard-earned cash to your kid, the whole birthday thing becomes a much easier thing to deal with.  Alex, being a relatively sensible nine-year old was also comfortable with the fact that he wouldn’t have much to open on his actual birthday, though being as spoiled as he is we obviously did buy a couple of small things for him to unwrap.

All in all though, it is now dawning on me that he is getting to an age where things like birthdays and Christmas are much easier to manage. There’s a little sadness when you realise that this means that your little baby is maybe growing up too fast, but that is tempered by the fact that he is also getting closer and closer to a wage-earning age.  Also, coincidentally, a couple of friends of mine with younger children recently posted on Facebook about annoying things that they have to do with/for their kids that no longer concern me because Alex is now well beyond that stage. And thank god for that. Allow me to share some of these former bug-bears with you. 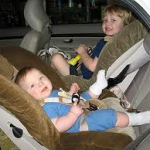 Obviously, it has now been quite a while since we had a need for a pushchair or pram for Alex and, at 4 foot 11 and 7 stone, he has also thankfully grown out of wanting to be pushed round Asda in a shopping trolley. We still need a booster seat in the car, and though he has probably reached the legal height and weight guidelines for us to be able to bin it, we are still using it for now because, without it, the seat belt is still liable to throttle him until he is a little bit taller. But, I do not miss the prams and full-on car seats one little bit. To be fair to the booster seat, it does still provide at least one weekly moment of hilarity on the way to the pub from Thursday Night Football when we tell Lee Cunliffe that it’s in there for his benefit. He’s a great footballer is Lee, but he is by no means the best in the world at being tall. 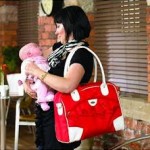 even if we are simply embarking on a short jaunt to the shops we will take a cool bag containing a couple of drinks and some emergency chocolate or crisps. But that is nothing compared to what it used to be like. In the past, any departure from the house would entail a bag(s) comprising spare nappies, bottles, food, dummies, a complete change of clothes, entertainment aids – rattles, toys, picture books, etc – even if you were only nipping to Asda. However, the day that you neglected to take any one of the above items was the day that you encountered a dire need for it. It was not uncommon for a thirty minute excursion to require an hour or so of preparation and packing time.

Stair gates – In my view, stair (or safety) gates are most definitely the most evil of all the necessary evils

associated with having a young, but mobile, sprog or sprogette. If I had my time again I would have seriously considered flogging the house and buying a bungalow to avoid the need for stair gates, although technically, of course, they can also be situated in strategic doorways like kitchens and bathrooms which clearly exist in both single and multi-storey dwellings. Searching for a safety gate image to support this blog yielded only images of serenely smiling mothers. I am assuming they are mothers, though I accept there are some childless people who install safety gates to prevent straying animals; if I ever had a pet that necessitated installing safety gates it would very quickly become an ex-pet. However, I have never linked stair gates with the serenity displayed in these images. My abiding sensation in relation to safety gates is one of pain, either by toppling over one that failed to open properly before I attempted to walk through it or worse, by stubbing a shoeless toe or two on the metal base plate. yes, they are truly evil, safety gates.

Thomas the Tank Engine – There were times, usually as I sat through the eighty-third consecutive episode of 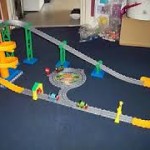 Thomas with those bloody annoying scouse tones of Michael Angelis or Ringo Starr, or was building another thirty–four feet of Take-A-Long rail track, when I seriously wished we had been blessed with a daughter instead of a son. There are dozens of Thomas and Friend engines in various formats and we spent an absolute fortune buying every single one, together with related track sets to push and pull them along. And, of course, every single one of them came in semi-open cardboard packaging secure by little strands of metal wire, devilishly tied in knots by some impoverished Chinese kid in a sweat shop on the outskirts of Guangzhou in return for a bag of rice a week. I don’t miss unravelling that packaging one tiny little bit. At least an iPad comes in a common or garden square cardboard box. 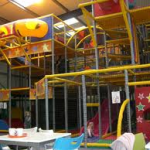 love a good theme park but Thomas Land in Drayton Manor near Tamworth, for example, is not my idea of a good theme park. Well, I suppose it’s brilliant for a four-year old boy but the “Jeremy the Jet”, “Bertie the Bus” and “Harold the Helicopter” rides get pretty tedious for his dad after about four hours of constant occupancy. Fortunately, Alex has outgrown Thomas Land now, both mentally and physically. He is also fast approaching the size and age at which he won’t be allowed into standard play areas and ball pools. This means that I will have to find somewhere else to take him on Saturday mornings as part of the price of going to watch the football in the afternoon. However, as Alex is now old enough to go out playing with his mates on his scooter or bike, I think I will soon be excused that chore, too. Isn’t growing up great? I think I might try it some time.