For some reason one day this week, the conversation at home gravitated towards liver and onions. It was related to something that had happened in the supermarket, apparently. Alex, who gegs in on every single conversation in the house, didn’t know what liver and onions was. We explained that it was just a type of food but, Alex had never come across it before. And I wasn’t 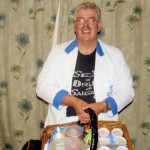 particularly surprised. It’s one of those things you don’t see much of any more, like the Cockle Man, or white dog shit.

This sparked a conversation about stuff we used to eat that we don’t eat any longer. Liver and onions, that is, not white dog shit; times may be hard, but we haven’t quite resorted to that just yet. It occurred to us that there are quite a few other items of food and drink that Alex will never have come across and is therefore, for better or worse, unlikely to ever experience.

It may well be that that we have just drifted into a very sheltered, gastronomic lifestyle and that the rest of the world is still dabbling in the delights listed below. If so, fair play to them. We, on the other hand, have long since moved upwards on to Pop Tarts and Pot Noodle.

School milk – I know that kids are still given milk at school. But it isn’t the same as when we used to get it. For a start, as far as I am aware, it’s only available to the kids in reception today. In our day, the whole school got it, not just the little people in Infant 1. Also, it comes in a cardboard carton these days, not a proper third of a pint glass bottle. And I presume they don’t have milk monitors these days and the milk probably isn’t as good as curdled either, because it’s not been left on the front steps of the school since the milkman dropped it off about half past six in the morning.

Lard – Ah, Lard! What did we do before we had bottles of Spry Crisp and Dry cooking oil? We took a big lump of

rendered pig fat and stuck it in the frying pan, that’s what we did. Or, we stuck about half a pound of the congealed stuff in to a big, deep pan, set it on fire and threw in some peeled spuds and hey presto, we had the chip pan! Who still has a chip pan? And you never got actually rid of the Lard for about three months; you used it over and over again. Let it cool and set, then heat it up the day after and make some more chips.

Semolina – Junior school dinners in general were a bit grim but by far the worst part of it was semolina. My heart used to sink when the battle-axe dinner ladies slammed down a bowl full of white slop. I have never really known what Semolina actually was. The best description I could give it was rice pudding that had had its lumps removed. Now then, rice pudding – I could have eaten that for afters every day of the week. But only if it came with a dollop of strawberry jam that you mixed in thoroughly until the whole bowl was pretty in pink.

Tripe – As part of my extensive research for this blog I have learned that tripe is “the first or second stomach of a cow or other ruminant used as food”. Well, that’s attractive, is it not? The only form of tripe I really recall eating is black pudding, which I can just about stomach, if you pardon the pun.  My dad used to love the stuff, though. He worked for a butcher’s slaughter house for a short time and, as such, he used bring home huge T-bone steaks almost every other night. Of course, you’re not allowed to eat those, any more either. Not good for you, all that meat on the bone. God, I use to love those T-bone steaks. The tripe, not so much. 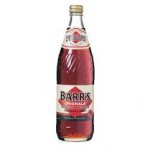 still not the same as the large, glass bottle of Dandelion and Burdock from Barrs’, who had a massive depot in Atherton, the site of which I drove past just the other day. Or better still, from the Pop Man, who delivered it to your door and collected your empties and returned your two bob deposit. And search as I might, I’m sure you can no longer get the American Cream Soda – in green, not red. That was my favourite. Anyway, even if you can still get it, Alex has never had it. I’ll try to find him some. Oh, hang on – he doesn’t drink fizzy drinks. I suppose that rules out buying him a Soda Stream, too.

See you on the pop wagon – Griff