Seeing my Facebook page utterly unexpectedly reach the dizzy heights of 200 ‘likes’ recently – without, I might add, 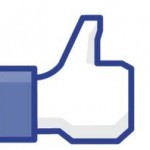 spending a solitary penny to simply buy more of them, stingy but honourable get that I am – got me thinking about the incredible phenomenon that Facebook has now become. There doesn’t seem to be a single circumstance in modern day life under which the first instinct of normally sane human beings isn’t to tell the world about it via Facebook. Eating tea, having an operation, there is nothing that people believe to be unworthy of broadcasting to everyone they know, and some they don’t.

I have identified a number of distinct Facebook personality traits that I’m sure you will be able to spot in some, or all, of your Facebook friends.  I know I am probably as guilty as the next man when it comes to this and I can definitely spot a few of the following five characteristics in myself. What about you?

The Show-Off – one thing you can be absolutely certain of is that the show-off will never, ever tell you what he or she is watching on TV. Oh no, that is far too dull for the Show-off. But, if they happen to be dining out at San Carlo’s or some other nouveau-riche, Emperor’s New Clothes-type eatery, you can guarantee they’ll tell you about that and which expensive wine they’ve ordered.  And they’ll definitely let you know if they buy a new massive 3D tele in John Lewis and how much it cost.  If you spot one of your Show-off friends check-in at Manchester Airport, hide them immediately and save yourself from a fortnight of dull and boastful updates about golden sandy beaches and unbearably hot sun.

The Attention Seeker – This is the worst kind of Facebook-dweller, in my opinion. Typical updates comprise of very short trite phrases that are screaming out for someone equally sad to reply to. The posts will variously read “Oh no!”, or “Shit!”, or “I hate my life” or simply consist of the the miserable smiley “:(“. These updates are designed to encourage equally sad people to come crawling out of the woodwork to ask “Aw, what’s up, hun?” or “hope ur ok?”  or something equally inane. Don’t rise to it, just ignore them; I’ll guarantee that the worst that has happened is that the tele has gone on the blink during Jeremy Kyle.

The Bedroom Bore – no, they are not even as interesting as that kind of bedroom bore. This is the type of dullard who sits at home watching the whole Oasis back catalogue on YouTube and then posts the video of each and every track to his wall, or timeline as we are now supposed to refer to it, for us all to ‘enjoy’. Or even worse, they insist on telling us how many clever words they have formed playing Scrabble, or how many animals they have slaughtered in Farmville. Others constantly pester you to like their Facebook page until they – and you – are blue in the face. Jeez, I hate it when people do that. I never would.

The Stalker – There is something faintly sinister about The Stalker. They hardly ever post anything original about themselves or comment on anyone else’s status with actual words. But, they are appear to be online morning, noon and night, just waiting for you to post something so that they can like it. “Oh no, my dog’s just been run over” – a Stalker will ‘like’ this within ten seconds flat. It’s as if they are saying “See, I like you, please talk to me?” Don’t. Under no circumstances, don’t. That’s how grooming starts.

The Plagiarist – This is the wannabee comedian and class clown. Every funny joke or comment that his friends post are simply lifted and dropped onto his own wall and passed off as his own work. We all do it, of course  – it’s called sharing, and Facebook even uses that exact term to cover its use – but the decent ones amongst us actually own up to it by prefixing it with the word “nicked” to admit it is not our own work.  The only people who are more annoying than the Plagiarist are those who post sickly greeting card-type messages and ask you to ‘like’ it if you have the best son or daughter in the world, for example. Who’s going to dislike that and get away with it? Just once, I’d like to see someone reply to this with “No, I don’t have the best son in the world. He’s a little twat!” Now now, Dad, don’t even think about it!

Reading that back, I actually think there’s a little of me in all five of those. Quite worrying, really. Ah, well.