Maybe it’s the hot weather, but I haven’t half been a ratty bastard this week. You’d think that kicking my heels at home for a few days would chill me out but it seems to have had quite the opposite effect on me. Perhaps because I have come into contact with people who stay at home all day long, for whatever reason, that I am seeing things differently. Anyway, a few things have wound me up this week and turned me (more) into Victor Meldrew. That said, none of these things, ironically, make the list of five things that have been maddening me recently.

Spitting mad – Actually no, not spitting, as such. That doesn’t annoy me too much. In fact, it would be very hypocritical of me to 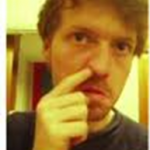 say that it does, as I regularly do it myself. In my defence, it generally only happens when I am playing football, and it certainly isn’t a pre-meditated thing. Gratuitous spitting in the street though, particularly big, green phlegmy ones following a huge snurtch (it’s a Wigan word, look it up) is particularly disgusting. This is nothing, however, compared to the disgustingly filthy act of pressing a finger against one nostril whilst simultaneously expelling a torrent of snot from the other. Why would anyone do that? I saw a bloke climb out of a 5-series BMW the other day and promptly deposit a glob of snot on the pavement. If you can afford a Beamer, surely you can afford a hanky? Dirty bastard!

Mad Dogs and Englishmen – far be it from me, of all people, to accuse others of posting inane drivel on Facebook, but don’t some 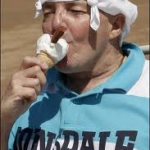 people post some inane drivel on Facebook? This week, the weather has been gloriously hot and sunny without even the slightest hint of rain or other depressing types of weather. I know this because I have been sat in the garden enjoying it all week long. However, had I been under house arrest or stuck in a hospital ward, I would still know all about it because the whole UK Facebook community and Twitterati has posted about nothing else all week. Why? Why do you feel the need to tell us all about it? We’re suffering/enjoying the same weather as you are so we know exactly what it is like. It’s as bad as people constantly posting pictures and stories of their new kittens. What kind of imbecile does that?

Mad all about it! – I used to have a paper round. And before anyone asks yes, I did have two and yes, they were both very heavy 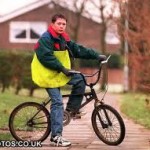 paper rounds. You don’t get bags under your eyes like me by having a short and light paper round. What I will say is that they don’t make paper boys and girls like they used to. Our weekend paper boy is driven round his route by his dad in the car (a BMW, no less – don’t you dare snot on my pavement). What is that all about? Even worse, when the weather is really bad (not this week, obviously) the lad doesn’t turn out at all. His dad delivers his papers for him. Really? How spoilt is that? And you can forget a leisurely read of the papers over breakfast as they rarely turn up before lunchtime these days. Also, when they do arrive, you can forget all about reading the front page because the idiot (dad or lad, both are as bad as each other) will have tried to squeeze all the papers, supplements and magazines through simultaneously, thereby ripping the front few pages to shreds.

Driving me mad – Now I don’t claim to be the most proficient, sensible or safe driver on the planet. Far from it, in fact. But my 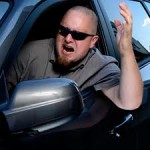 God, aren’t there some idiot s out there? I see the police will now have powers to nick people for hogging the middle lane on the motorway, and quite right too. I get more pissed off, though, with people who don’t seem to grasp the basic niceties of sharing the normal highways with other motorists. Why, for example, would someone pull out from a side road on to a main road in front of you when there is no-one following behind you and then drive at a snail’s pace? Why wouldn’t they simply let you pass by and then take an absolute age to get to where they want to go, if that’s what floats their boat? Like most modern estates, ours resembles a badly organised car park. There is, therefore, an awful lot of (headlight) flashing that goes on down our way, as two cars traveling in opposite directions attempt to negotiate a parked car. Here’s the rule: even if you think it’s my right of way, if I flash you, just go! I’ve done it for a reason, not out of the goodness of my heart. Don’t flash me back and wait. Because, believe me, if it is my right of way and I want to go first, I will be exercising that right whether you like it or not.

Mad for a beer – My final rant is aimed at bar staff because, like paper boys, they simply don’t make them like they used to. It seems 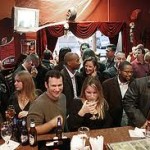 that working behind the bar has become one small step up from flipping burgers in McDonald’s. In the good old days working a bar was an art form, but seemingly no longer. Any old amoeba can, and does, have a go at it. In our local Soccerdome bar, all draught beers have been re-priced at £3.00. It is too much of a coincidence that this standard and extremely rounded pricing policy is merely aligned to targeted margins, and so I have to assume it is to help the mathematically-challenged staff. I don’t see the need, to be honest, as most of them can’t tell you the price of any drink without pushing the relevant button on the cash register. And don’t get me started on the staff behind a crowded, busy and impatient bar asking “Who’s next?” It’s your frigging job to know who is next and to make sure that people are served in the order they arrived at the bar. Don’t just pick those that minimise the amount of walking you have to do between the pumps and the till. That said, if you are a bartender in any of the five Lowton pubs in which I will be drinking tonight, the above clearly doesn’t apply to you. You’re the best!

OK, rant over. I need a lie down. In the sun. I’ll let you know how I get on via Facebook and Twitter later.