It’s been a few years now since I had to do this, but the tax man has finally caught up with me and is asking me to submit a self-assessment tax return instead of him working it out from the information he already gets from my employer. I’m not sure what additional information he is expecting me to provide that he doesn’t know already. Perhaps he is hoping that I will tell him about the untold millions I have stashed in a tin under the bed so that he can tax me on it. But, as I have had it stashed under the bed in attempt to avoid paying tax on it, it’s highly unlikely that I will cough about it, just because he asks me to.

We all know that self-assessment is just a blatant attempt to try to prise even more money from me (and you). They hope that I will

forget to do it so that they can charge me £100 when I miss the deadline and, if I am particularly stupid (leave it!), they can also lump on a pile of interest too for every day beyond the deadline I fail to submit. It’s no different to speed cameras; they are merely a licence to print money and bugger all to do with preventing accidents and improving driver safety. It’s entrapment, plain and simple.

Still, at least with the self-assessment tax return you have the option of processing your submission online and that is easy enough to do provided that you have a modicum of patience and nous. This is a godsend if you like to conduct your official dealings with the minimum interaction with a human being, especially one in local government who has been highly trained to be completely unusable. Online services are pretty good for that – it would defeat the object if they weren’t, I suppose – and here are a few of the ones that I use most often.

Shopping – Unless you are looking for something extremely specialist, why would you even bother to venture into a shop in this day and age? 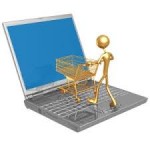 There is virtually nothing that cannot be ordered from the comfort of your own home. You can even do your “big” supermarket shop online, though I wouldn’t recommend it; all the out of date, crap, stale stuff that you push to one side when you are actually in Asda is precisely the stuff they put on the van when you order it online. But, for Christmas, birthdays and general goods’ shopping… why wouldn’t you do it online? It’s cheaper, quicker, easier, more comfortable, and you don’t have to deal with some snotty-nosed kid asking if they can “help you at all, today?” when it is more than likely they would be unable to manage to sit the right way on the toilet, let alone provide any worthwhile help.

Greeting cards – I mentioned Christmas, there. The only thing worse than having to buy the Christmas present, is buying the greeting card to 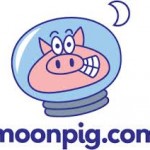 go with it. Of course, that particular phenomenon isn’t confined to Christmas. There are birthdays, Valentine’s, mother’s day, father’s day, starting work day, finishing work day, having a day off work day… it’s never ending. At least now we have Moonpig. You can order your card from your laptop and, if you are so inclined, don’t even need to work up a sweat by manually writing out the message or greeting. In fact, you need never even see the card, as you can have it despatched directly to the recipient, which means you don’t have to put yourself out by physically seeing the person to whom you are sending the card, either. If that is something that appeals to you, I suppose it rather begs the question why you are buying them a card in the first place. Or is it just me?

for ten years, has just signed up to Linkedin. My mum says she is only on Facebook because it’s the only way she can find out what I am up to and, as sad as that might sound, I’m afraid to say there is an element of truth to it. Because social networking, and in particular Facebook, allows you to be social without even being remotely social. For example, you don’t need to remember anyone’s birthday because Facebook reminds you. It even pops-up a box to prompt you to type a greeting – you don’t have to trouble yourself with anything as inconvenient as visiting the birthday boy or girl’s own Facebook wall. If someone is trying to engage you in a conversation you can’t be arsed with, simply ‘like’ their comment and they will think you are both polite and unable to compete with their razor-like wit in equal measure. It gives you that happy glow from knowing you made your ‘friend’ feel smug about themselves without the need to actually interact with them. And if they really piss you off – unfriend them, without any of the awkwardness!

Flight Check-in – These days, Abu Qatada spends more time travelling by air than I do, but it wasn’t always like this. Four of five years ago, I was a seasoned traveller, taking four flights most weeks 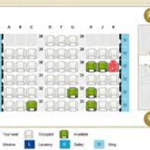 as I commuted from the UK to Marseille, or some other god-forsaken place to earn a crust. Over the years, I actually got quite fussy about where I sat on the plane. The advent of online check-in took much of the hassle and stress out of this operation. Every Sunday morning (exactly twenty-four hours before departure) I would log onto the Air France website and pick my seat; front row aisle seat, if I was in business class, row 8 aisle seat, if I was in cattle. It got to the stage where I was competing with another guy who also took the same Monday morning flight each week and had the same seat preferences as me. Eventually, we seemed to settle on a compromise, whereby he would take seat C, me seat D and we would lovingly hold hands across the aisle. Yes, I made up that last bit.

Message Boards – There is nothing quite like a football fans’ message board for generating the worst kind of internet ‘whopper’ imaginable. 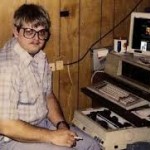 I know, because I have been accused many times of being one, though 90% of the time I am just winding people up (no, surely not?!). I can’t be a proper whopper though, because I use my real name in my forum user name and have my photograph as an avatar so that everyone knows who I am. I even used to include the seat number in my user ID in case anyone who fancied a real ‘chat’ could find me. However, most people create a completely untraceable identity so that they can hide forever behind their keyboard and proceed to spout the most ill-informed drivel you have ever read – this blog excepted, of course. Many of them purport to be the greatest fan the club has ever had, all without seemingly venturing from their bedroom or sofa, given that much of their tripe is posted whilst the matches are still in progress. One such Wigan Athletic whopper was unearthed a few years ago by committing the ultimate nerd crime – he had his forum user name printed on the back of his replica shirt, in the place where it should say “Gomez 14”. If he was an animal, we’d have been totally justified in putting him down.