Apparently, Pets at Home is currently selling a Halloween outfit for a dog. Or it may have been for a cat, I wasn’t r 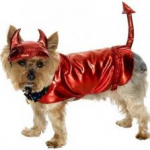 eally concentrating to that level of detail when I was told. Not that it matters whether it is for a cat or a dog, to be honest. What kind of moron buys a Halloween outfit for a pet?

Don’t bother answering that. A quick look in Asda or Tesco where there are entire aisles devoted to Halloween that tells you that there is no shortage of morons who are now buying into, and lavishly celebrating, this pointless date in the calendar. I heard on the radio last night that the British will spend £300 million this Halloween. Thank God we’re still in recession or Lord knows how much we’d spend.

And don’t get me started about that ridiculous Trick or Treat malarkey. For something that didn’t really exist in this country until about fifteen or twenty years ago it has gone absolutely postal. Whole estates and streets are full of snotty-nosed, spoilt kids begging for a 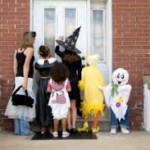 bag of Haribo sweets under pain of super-glueing your door lock, keying the side of your car or sticking a banger up your cat’s arse. Even choosing to not answer the door won’t save you as, apparently, this is an open invitation to be ‘tricked’.

Well, at our house, that simply doesn’t wash. We used to shut all the curtains and black out the glass panels in the door to give a very passable impression of being out. We have now progressed. Thankfully, we have a nine year-old son who is sufficiently unimpressed with the Halloween thing that he insists that we go the pub for tea until the whole sorry episode has passed. He clearly possesses wisdom beyond his years.

And sadly, Halloween is not the only annual occasion that has got badly out of control.

Christmas – Christmas is supposedly a religious festival celebrating the birth of Jesus Christ. However, it would appear that we now celebrate the whole of his celebrated mother’s pregnancy given how far in 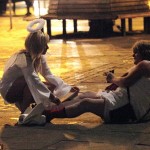 advance people start to plan, talk about and spend for it. Christmas cards and decorations are in the shops from September at the very latest. And the Christmas piss-ups start not much later than that, culminating in the latest childish phenomenon of “Mad Friday”, the last working Friday before Christmas when morons attempt to drink the country dry in the space of about ten hours. In the good old days, we used to do that on the last working Friday before the weekend (except we would do it on Thursday so that you could nurse your hangover in work’s time rather than wasting your own weekend). Once the country’s alcohol reserves have been depleted on Mad Friday, attention turns to the supermarkets. On Christmas Eve there is an outbreak of panic-buying of food types that are never bought at any other time of the year – tangerines, almonds, peanuts, Matchmakers, to name but a few – only for people to return at first light on Boxing Day to replenish their stocks.

St Patrick’s Day – The patron saint of England is St George – he of dragon slaying fame – and his special day is April 23rd. You 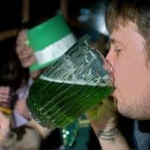 could be forgiven, however, for thinking that he preferred to be known as Patrick and was more of a March, than an April, kind of guy. The only time you see a St George’s flag flying proudly in this country is during the very early stages of a global football tournament, until such time as England is knocked out, or in the back window of an English Defence League coach on its way to a rally in Stoke or Wolverhampton. Yet, come 17th March, you can’t move for drunken, giddy morons wearing stupid leprechaun hats and pretending to be life-long lovers of Guinness. Perhaps if St George had had a reputation for being a hopeless piss-head we might celebrate his special day more.

Valentine’s Day – Clearly, politically, I have to tread a little warily here. However, I am fortunate in having a partner 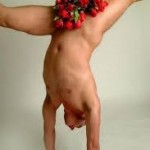 who has an equally healthy disdain for the general concept of Valentine’s Day. Therefore, other than purchasing the obligatory card, we tend not to buy into the “…presents, flowers and going out for a meal in a “for-one-night-only” over-priced and over-crowded crappy little restaurant” obsession. Let it be noted for posterity that the previous sentence is likely to be the one that finally got me hung, the point in time where my belief that the cynicism and apathy for all things Valentine is one shared by me and my wife rather than just me was hopelessly wide of the mark. What a moron! I blame the greeting card industry for creating an inordinate amount of pressure to comply with this ridiculous charade in the first place.

Mother and Father’s Day – For me, this is simply one more excuse for the greeting card industry to line its pockets. It also ensures that are also two more Sunday afternoons 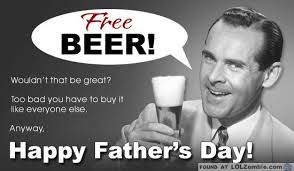 in the calendar when then pubs are full and tables at which to dine are rarer than rocking horse droppings. Again, chez Griffin, apart from cards and a modest present, it isn’t something in which we overly indulge. The subject of the special day (mother or father, delete as appropriate) nominally gets an easy ride that day with childcare duties undertaken by the non-subject. However, in an attempt to rescue the political hot potato from the previous paragraph, I try to carry on as normal on Father’s Day, as I am firmly of the belief that I get more than enough days to myself throughout the rest of the year (phew, that should do it!). But, really, you have to admit it is a pointless occasion. I am fully expecting that, in the not too distant future, some moron will establish an official Pet’s Day that will also become a regular entry in our social calendar.

Bonfire Night – Officially, I think it’s called Guy Fawkes Night but, either way, it would be more apt if we were to label 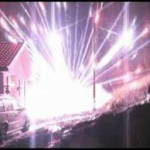 it as “Firework Night”. Because hardly anyone bothers with actual bonfires anymore and I can’t even remember that last time someone asked me for a penny for the guy, even if the ‘guy’ just consisted of a lazily laid out Asda bag for a body and a Wembley Trophy football for a head. November 5th, and indeed the preceding and following few weeks, is now all about fireworks. Small, temporary shops start to pop-up all over town around the middle of October, just to sell fireworks. And as soon as they go on sale, and certainly this is the case on our estate, they start being set off immediately and continue until New Year and beyond. Rumour has it that the fireworks on our estate are set of by a local drug dealer who uses them to indicate to his punters that he has a new supply available. That may well be true. Either that, or he’s a complete moron, too.