Alex picked “rubbish inventions” for this week’s 5-4-Friday topic as he reckoned that he has some pretty good candidates for me to talk about. As I had nothing particular in mind for this week’s effort, I decided to let him have his head and brief me on his ideas. Having listened to what he had to say, he probably needs to review his understanding of the meaning of the word invention. His top three rubbish inventions were clothes (he said “it didn’t do cavemen any harm walking round naked did it?”), hairstyles (“well, you don’t bother with one, do you dad?”) and capital letters (“just pointless, a waste of time, why not just write everything in lowercase letters?”). Reluctantly, I promised him I would use his thoughts but, I had my fingers crossed and he rarely reads this blog anyway, so here we go with my own.

Discman – In theory, the Discman should have been a fantastic invention. It offered music on the move to be 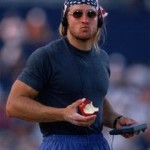 enjoyed by the commuter, the causal walker as well as the more energetic jogger or cyclist. In theory, that was. Because in practice, every slightest bump in the terrain made the CD jump and skip like those daft two bloody kittens of ours. It made you believe that the artist being played had either created the concept of scratching long before its time, or was Norman Collier. You could always spot the joggers with a Discman as they would be the ones running down the street like Douglas Bader, struggling manfully to keep in step with the fractured beat of their music.

Betamax Video – As this wasn’t my chosen topic for this week I have actually had to do some research. 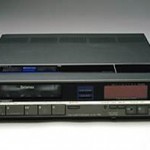 There is a myriad of “n worst inventions” websites out there to pluck ideas from. One that immediately jumped out was the Betamax video format. I always wondered why Betamax disappeared in favour of VHS as they always seemed inherently the same product to me. My research shows that the main difference was that, when released, Betamax could record up to an hour of video whereas VHS could record up to two hours. This was enough for VHS to gain a foothold in the market place and it never looked back. Wouldn’t you just love to meet the fella in the initial Betamax production meeting who said “nah!- an hour will be plenty, don’t worry about it.” 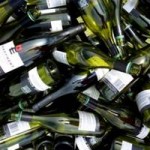 received, no matter how naff they might appear to be. Therefore, every pair of socks, every boring book and every horrible jumper was accepted with a beaming smile and gushing thanks. One year, however, I was presented with a gift that genuinely had me staring blankly into space. It was called a wine vacuum keeper, or something similar, and was basically a device for sucking the air out of a half-empty (half-full?) bottle of wine, so that you could save the dregs until the following day. It wasn’t the technical aspects of the product that baffled me, more the concept of leaving wine in a bottle in the first place and toddling off to bed. Isn’t that against the law? Out of respect for the donor of the gift, I finally accepted that the device may well have a use, on the rare occasions when I was coming to the end of a third bottle and was starting to flag a little.

Vaseline Feet – This is not so much a useless invention as a useless technique. In fact, in this instance, it 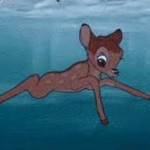 isn’t so much the actual technique itself that is useless as much as my flawed application of it. Towards the back end of one Wigan Amateur League season, when the pitches were very hard and dry, I turned up for a fixture armed only with metal stud boots whereas everyone else had sensibly brought trainers or moulded rubber stud boots. Concerned about the blistered feet that were likely to ensue, someone suggested that “I rub Vaseline on the bottom of them” as this would help enormously to prevent the symptoms. Impressed with his level of ingenuity I did as was suggested only to be met with hoots of derision from all and sundry. By “bottom of them” they clearly meant my actual feet, not my boots. However, like an idiot, I had smeared the soles of my Puma Kings with Vaseline and therefore spent the opening minutes of the match sliding around the pitch like Robin Cousins on Speed. This, of course, is the sort of epic fail that you should normally keep to yourself but, in this day and age of viral social networks, it was only a matter of time before someone grassed me up anyway. 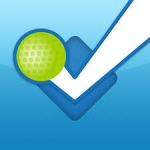 enough, there’s also Foursquare, the next generation of creepy social networking. Instead of saying where you are, you can use your phone’s GPS to broadcast the address. It’s just another tool tapping into a generation of narcissism (not my phrase, I nicked that) with which you can earn badges for checking into your local Starbucks more than anyone else and consequently become the “Mayor” of that location. I used Foursquare when it first came out around 2009 and, for a long period of time, sat proudly as the Mayor of Hag Fold station near Atherton. I’m sure its inventors had great dreams for Foursquare as a product but, with around 1 million users as opposed to Facebook’s 500 million, it will probably eventually die a slow, excruciating death.