Netflix has released a film, Bandersnatch, which allows the user to choose alternative plots and  endings. What a great idea! If only this had been available years ago; I’d have changed the last ever episode of The Sopranos so that I actually found out what happened to Tony and Meadow, I’d have changed the very first episode of LOST so that we all found out it was a dream and saved ourselves the next five years of nonsense and Manchester City fans the world over would change the last ten minutes of the 2013 FA Cup Final.

The concept does bring about endless potential possibilities for altering your long-held memories of classic movies. That said, I suppose you would 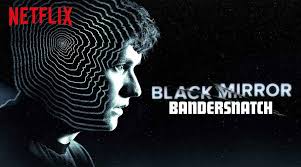 need to have watched them in the first place to decide you’d like to see a different ending.

Why do I mention that? Because, over the Christmas break, I was once again reminded that there are a number of classic films that I still haven’t seen and so I have no idea whether I would want to change the plot or not.

Here is one of the shortest 54F on record, classic (allegedly) films I haven’t seen. OK, they might not all be classics, but I saw them all advertised on TV over Christmas and realised I still haven’t seen them.

3. One Flew Over The Cuckoo’s Nest

4. Any of the Lord of the Rings films

5. Brokeback Mountain – although there are two young guys at work who pretty much recreate it every day of the week.

See you at the box office