I may have mentioned it in passing before now but, for those who it might have passed by, I once wrote a book, you know?. Actually, I wrote three, and they’re all available to buy via some very popular websites, like Amazon, and some pretty obscure ones too, like my ChrisGriffinSays blog website. Customers find them particularly useful for propping up wonky dinner tables.

“What is the book about, Chris?”, I hear you ask.  Well, it’s about 249 pages and about an inch and a half-thick but, more importantly, it’s about the birth and first year or so of the life of my son, Alex. The original idea was to chart the progress of his whole life, or at least the part of it for which I would physically be present. It would be an account viewed through my eyes, in my role of permanent Virgin Parent, in an entire catalogue of editions as his life pans out.

I never got beyond writing the first one, as it happens. Apathy, boredom, lack of enthusiasm due to a dearth of sales of the first edition, not to mention the actual act of raising a child on a day to day basis soon put paid to the idea of penning a sequel, let alone multiple sequels.

However, that does not mean there is any shortage of material should I choose to pick it up again. As if to illustrate the point, here are five positive things associated with being the proud dad of a 14-year old son.

New boots – Every parent moans about the rate at which their kids go through the shoe sizes. It’s arguably been as bad as it could get for us, given that Alex is now a ground rent-attracting size 12. Three years ago, he was ‘just’ a size 8 and in need of a new pair of 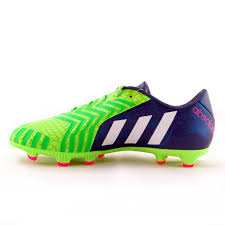 football boots ready for starting high school. I decided to treat him to a decent pair of Adidas Predators for the new school start. By the time the holidays were over, he was a size 9 and never wore the Predators in anger, not even once. Fortunately, his Dad is also a size 8. I’m still playing in them to this day. Waste not, want not.

Hand-me ups – Football boots are one thing, but surely it’s wrong that my son, at 14, is passing on to me clothes that he no longer wears? It’s bad enough that they actually fit me, which says more about Alex’s rapidly developing muscular frame than anything it might say about my physique. What’s more disappointing, though, is that I get to keep the hopelessly off-trend Nike, Adidas and Umbro stuff because he will only wear North Face or Under Armour. Apparently, it’s OK for me to be seen in public wearing Nike as my life is, to all intents and purposes, over, but not him.

Teen cred – As well as being able to tell you what gear it is, and isn’t, acceptable to wear, a 14-year old son is also very good at helping you to avoid making a fool of yourself in front of his contemporaries. He will warn you if you make any vaguely off-fleek (or whatever is the opposite of on-fleek) pop culture reference or say anything that is likely to be met with scorn or derision by his mates. This is not, of course, to protect your own teen cred, it is designed purely to eliminate any possibility of you embarrassing him in public.

Chore avoidance – “I thought you were going to do the hoovering?” “Er, I was… but Alex has asked me to play Mario Kart with him, so I can’t. Sorry!” He is far too cool to play Mario Kart these days, but I am regularly invited to watch him play Call of Duty or Red Dead Redemption on the xBox. It’s hardly the most appealing spectator sport around but spending quality time in your son’s man cave trumps any kind of domestic duties.

Gym buddy – I’ve never been a real fan of (going to) the gym so it’s a massive bonus that Alex has now started playing rugby league and, thanks to teenage, macho peer-pressure, is now keen to get as fit and strong as he possibly can. So, whenever he asks me to drive him down to the gym, I can hardly just drop him off and pick him up later without going in and doing a bit myself now, can I? 14-year old sons… unknowingly keeping middle-aged dads young, fit and on-fleek – ish!

See you on the treadmill – Griff