If you’ve been to the chippy over the last few days, the chances are your fish and chips will have been lovingly wrapped up in old newspaper pages filled with column after column of vitriolic abuse of Wigan Athletic’s septuagenarian chairman, Dave Whelan. Not that you’d need the wrapping from your chippy tea to tell you what’s been going on with Mr Whelan over the last seven days. Unless, that is, you’ve been on Mars. Or at least not been in Wigan.

Last Wednesday, Mr Whelan (or Father Jack as we like to call him) appointed Malky Mackay as the new manager of Wigan Athletic. Mackay is currently under investigation for allegedly sending and receiving a 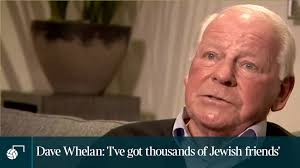 series of homophobic, racist and sexist texts whilst manager of Cardiff City. In the press conference to introduce Sid The Sexist Malky to the football media, Father Jack launched into a very clumsy defence of the things Mackay was alleged to have said.

Over the next twenty-four hours, a gleeful press latched onto Whelan to give him the opportunity to explain the rather dubious defence of his new manager. Never one to be fazed or inhibited by a microphone, Dave proceeded to dig himself even deeper, making comments perceived to be disparaging about various ethnic groups. It generated a media maelstrom and led to synchronised hand-wringing and teeth-gnashing from all manner of left-wing pressure groups. Not that there’s anything wrong with left-wingers; we could certainly do with a decent one who can cross a ball down at Wigan Athletic, for sure.

I think all right-minded people accept that, in this day and age, you cannot say the things that Dave said. He protests his innocence and even his detractors are of the view that he isn’t really racist; he just needs educating and bringing up to speed. But can you really teach a 78-year old dog new tricks? He genuinely thinks he has said nothing that could/should cause offence. What is most surprising to me about this whole sorry mess is that someone who has been in the public eye, and is so drawn to the media, could be so out of touch with what the wider world is thinking. At best, he has been naïve in the extreme if he thought that the sort of things he said that may have been accepted back in the 1970s are still acceptable today. These kinds of things, for example. ..

Seventies Sayings – Although the world outside Wigan was appalled at what Whelan had to say last week, nothing of what he said would have come as a big shock or surprise to me, a middle-aged 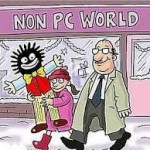 Wiganer, my contemporaries or their parents. No two ways about it, we did/do call the Chinese take-away the “Chinky” and routinely make jokes about Jews, Scots, Irish and other groups based on nothing more than a tired old stereotype. I happen to believe that telling these jokes doesn’t make me racist but, just to be on the safe side, I am careful where, and to whom, I tell them. There are some other phrases that were commonplace when I was kid that I wouldn’t utter in public anymore. For example, we used to refer to people from Wales as “Welsh Wogs”. If I asked my mum were someone was, it was not uncommon for her to say “he/she has run away with a black man”. I have absolutely no idea what that meant, but no-one ever considered it to be an offensive thing to say. Truly bizarre, yes. But not offensive.

Seventies TV – And let’s not go running away here with the idea that it is only the Borough of Wigan that is/was stuck in the dark ages. 1970s 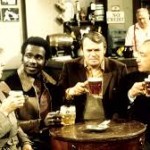 television was awash with comedy shows that contained racist, sexist and homophobic material that was as about as subtle as a lump hammer to the back of the head. Love Thy Neighbour, Till Death Us Do Part, On The Buses… the left-wing Guardianistas would have had a field day with the characters played by Warren Mitchell and Jack Smethurst. Again, I’m not saying it was right – and it certainly would not be tolerated today – but if they could get away with some of the things they said on those shows, I’m sure Dave Whelan can get away with calling the Chinese chippy a chinky. Thank God he stopped short of using LTY’s stock phrases of Sambo, Honky and Nig-Nog… the whole internet may well have spontaneously combusted…

Toys – Two words. Robertson’s Gollywogs! I have no idea what they were all about back in the seventies but I am pretty 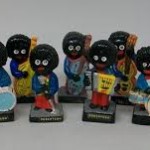 certain you wouldn’t get many sales if you brought them out today. I haven’t researched this at all – when do I ever? – but I assume the manufacturers just thought they were quite endearing. A bit like the Black and White Minstrel show was just a sing-a-long show with a bit of harmless dressing-up thrown in. I had literally dozens of these Gollywogs all lined up across my bedroom window sill. We collected them like we collected football cards to swap with our mates. Where was the harm in it? Also, I’d love to have been at the Subbuteo management meeting when the inclusion of black players first became an agenda item. “How many of ‘em should we put in? And should they all be attackers?”

Chippy – I’d better stop now before I get arrested. But, regressing to the seventies made me nostalgic for other things that can only be found in our dim and distant memory banks. These are not things that are likely to cause offence, simply things I recall from that time that don’t happen anymore, probably for good reason. For example, right at the start of this blog I talked about fish and chips being wrapped in old newspapers. That rarely happens any more, as far as I’m aware. Similarly, no-one takes their plates to the chippy when collecting their Friday night tea, or turns up to collect it in their pyjamas. Well, not outside Liverpool they don’t, at any rate.

Football – No doubt two of my three regular readers will be a bit miffed that there is no actual football talk in this week’s 54F. Well, apropos nothing, here are some things that I miss (some more than others) from 1970s football…. proper muddy pitches, bright orange footballs when it’s snowing, half-time scoreboards, floodlights you could climb up, turnstiles you could climb over, police horses inside the ground, throwing bricks at the Huddersfield coach up Park Road, throwing bricks at the Tranmere coach up Park Road, throwing coins at John Bailey in the FA Cup at Everton (No? Just me then!), fist-fights on the pitch (rival fans), fist-fights on the pitch (rival players), referees actually writing players’ names in a book, swapping ends at half-time, people pissing down your leg at half-time, tying your scarf round your wrist, rattles, singing “you’re gonna get your f****** heads kicked in”, keepers with woollen gloves, all black boots (that’s not offensive), invalid cars parked at the side of pitch – or spack chariots, as they were universally known. What? Oh, come on! Who on earth’s going to get offended at that?

See you at the tribunal or the Klan meeting – Griff