From time to time, this blog has had a light-hearted dig at people who have the misfortune to not have been born and/or live in Wigan. It isn’t their fault, of course; not everyone can be so fortunate to reside in God’s own country.

When the blog does go down this route, it is rarely – quite rightly – taken seriously. That said, there was one time when I engaged in a spot of good-natured Aussie-bashing and a particularly politically-correct 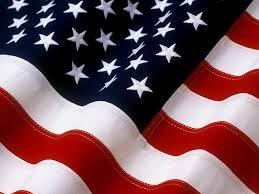 and sensitive reader decided to unsubscribe from the mailing list, but I think that said more about her lack of humour than it did about the blog. Still, that’s Aussies for you – bunch of mard arses!

Anyway, I have just returned from a short break in the States, and have a few observations (both good and bad) about life over there, specifically in Orlando, that I’d like to share with you. This week, I’ll deal with some negative vibes I felt while I was over there. Next week, I’ll redress the balance and big them up a little bit. And remember, it’s only a joke, folks!

Kerbs – here in Blighty, I have spent the last couple of years telling my son that it is perfectly acceptable to ride off the kerb (pavement/sidewalk, delete as appropriate) rather than waiting until he finds a flat bit in front of someone’s drive. The Yanks have kiboshed that one. Their kerbstones are about four feet high. Even Evil Knievel wouldn’t attempt those on his bike.

Chemists – Walgreens is a subsidiary of Walmart – or Asda, to me and you. It’s ostensibly a chemist (or pharmacy) like Boots. But it differs from on Boots in one major way in that it sells booze. Now, far be it from me to complain about a shop selling booze, but surely it contradicts the whole raison d’etre of a chemist to sell alcohol? At least your can pick up your hangover medication form the next shelf.

Breakfast -. If you ever wondered why a large percentage of Americans seem to be, well, large, you should pop into the Ponderosa Steakhouse in Orlando and take a look at what they serve up on the breakfast buffet. As well as the staples of 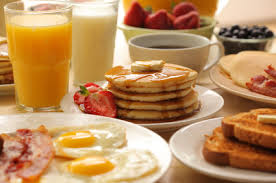 cereal, toast, fruit, eggs, bacon and sausage, you gorge on pancakes, pizza, corned beef hash, t-bone steaks, ice cream, sponge cakes, gateaux and then wash it all down with gallons of Sprite and Pepsi. Who is eating all of this rubbish for breakfast? Mainly British tourists, to be fair, that’s who!

Sales Tax – Just like we have VAT, the Yanks have a similar concept called the Sales Tax. However, whereas we include it in the price and show the deduction on the receipt, they exclude it shock you by adding it on when they ring it up at the till. As far as I can see, unless you are shopping across state borders, it’s the same rate for everything. Why not add it on at the start and remove the confusion? Simply to be awkward, can be the only explanation.

Walking – There is a little known amendment to the US Constitution that affords pedestrian right of way to every single citizen. There must be, because if you approach an American on the pavement or in a mall, do not expect them to stray as much as one inch from their current path. You will have to walk round them. And, in many cases, you will need to leave yourself plenty of time to achieve that. See “Breakfast” above.

See you on the sidewalk – Griff