Some people don’t like Facebook, but I do. It provides a perfect opportunity to keep in touch with friends and family who you don’t manage to see on a regular basis. You can see what they’re up to, see if they’ve been piling on the pounds lately and generally catch up without having to invest any real time and effort in picking up a phone or going round to their house to actually catch up with them like we used to do back in the day.

On the other hand, if you are that way inclined, Facebook provides a perfect way to keep up with certain people without needing to interact with them at all. Stalking, I believe it is called. I was at a party recently where I knew there were likely 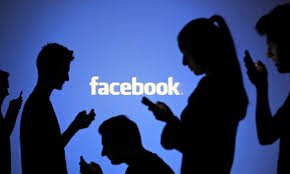 to be a few people I was supposed to know from years ago. Using Facebook allowed me to remind myself where I knew these people from, what they looked like and what they there up to these days; great information to use as an ice–breaker, or to avoid those awkward social small-talk silences that can crop up with people you only see once every Preston Guild.

There is, however, a danger that you can live your life by Facebook or, more likely, live someone else’s life via Facebook.  You need to be careful what you share on Facebook if you don’t want the whole world to know your business and judge you for it; “the work of the Devil”, as one of my TNF mates once, quite accurately, described it. Generally, though, I like it. It wouldn’t be a Friday though, if I didn’t have a few Facebook things to moan about, so here goes.

Nominations – The catalyst for this week’s rant was this ridiculous thing that has been doing the rounds this week whereby people are asked to post their first ever profile picture, for no apparent reason, and then nominate others to do likewise. Why? What on earth is the point of that? Yes, I know I did it, but that was purely to avoid offending the person who nominated me. Last summer, we had the ice bucket challenge, of course. Ostensibly, this was a little self-sacrificing prank in the name of charity but it fast became a vehicle for people to just show off and/or keep up with the Facebook Jones’s.  And yes, I am well aware that I posted my own ice bucket challenge, too.

Wigan 1 Bolton 0 – Or some other random score update because, sadly, this particular score-line doesn’t occur all that often.  I have no issue with people discussing a match while it is in progress – I often do it myself if I am not there in person – but what value does simply cutting and pasting the score add? Do these people not know that we all have the Sky Sports app, or Livescores or Ceefax or an over-zealous text-wielding mother-in-law? Normally, this kind of pointless update is posted on one of those fans’ Facebook pages, like “All Wigan Athletic Fans and Retards” or something similar. And please, don’t even get me started on the kind of pond life that inhabits those forums and groups.

I love my family, me – Who doesn’t? Well, plenty of people actually, I guess. But they probably don’t feel the need to tell the whole world that 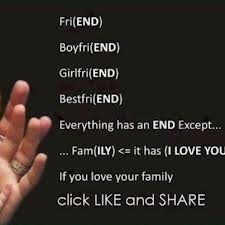 they do. “Like if you love your family”. Why? What in Jordi’s name has it got to do with you if I love my family or not. Similarly, posts urging you to ‘like’ if you “have the best son/daughter in the world” get on my paps. It clearly can’t be true for everyone and, if I don’t ‘like’ it and my son happens to see that I haven’t, where exactly does that leave our relationship? It’s a minefield, I tell you. The work of the Devil, some might say.

Reality TV bulletins – Bake Off, Celebrity Big Brother, Strictly, X-Factor…  Please, it’s bad enough that these programmes exist and take up valuable air time that could be used for re-runs of the West Wing or Ally McBeal or something, without us having to read the inane views of armchair TV critics. If you want to watch it, fine. Just don’t tell us all what has happened. Unless something really extraordinarily exciting or interesting happens. Which, it won’t. So don’t. Thanks.

Whassup?  – We all have at least one of these in our network, don’t we? I am speaking about the serial attention seeker (usually female, for which I make no apology for pointing out) who simply posts the words “Not happy” or “Feeling unloved” or a single reverse smiley face. The objective is to illicit as many “Aw, hun. What’s up?” responses before telling everyone that she will “Inbox u” to explain her woes. Go away and have your breakdown in the comfort of your own inbox please and leave the rest of us to wallow in the Facebook smugness that comes with having a life that has us “Feeling blessed”.

See you in my inbox – Griff