There’s no denying that us Brits are obsessed with the weather. Maybe it’s living on island that makes us this way, maybe it’s the fact that we can get literally experience all four seasons in a single day or, more likely, it’s simply because we are a nation of moaning gets.

In the summer, we either moan that is too hot (not often, granted) or that it’s not hot enough.  The complaining on this score rarely reaches fever pitch during the summer, perhaps because the stifling British heat makes us all 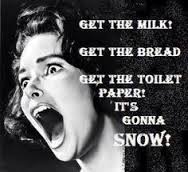 too lethargic. In winter, however, the hysteria levels rise to ridiculous levels at the merest hint of the coming of the white stuff. That’s sounds wrong. I meant snow, in the interests of clarity.

It really doesn’t take long for us Brits to start whining about winter and totally blowing the ‘arctic conditions’ out of all proportion.  This morning (Wednesday) Carol Kirkwood off of the BBC Weather felt the need to inform us that some poor outpost of humanity – Didsbury, I think – had seen a blanket of 4cm of snow overnight. 4cm? I have pizzas deeper than that!

It will not surprise you to known that there are few things about winter that manage to get my thermal underwear in a twist.

Electric blankets – I know no man who owns an electric blanket. I know plenty men (me included) who live with someone (female) who has bought and installed one that they have to share, but I know no man who has made a conscious decision to go and buy one for himself. The man who invented the dual control heated blanket has probably saved more marriages than Marjorie Proops.

Snow spotters – Why do people get so excited at the first sight of snow, or threat thereof? It’s not as if we live in Dubai and have never seen it before or don’t know how to deal with it. A two-minute flurry of wet, non-adhesive snow has the capacity to reduce people to blubbering wrecks, grind industry to a halt and completely deplete Tesco’s salt stocks. On the plus side, constant weather updates stop Facebook users from asking me to ‘like’ if I have the best son – ever! 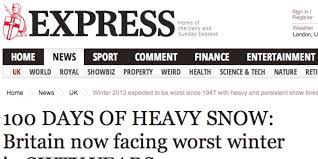 is that we are expected to get 17 feet of snow at the weekend, more than the whole of Siberia combined. Still, if it stops them talking about Princess Diana. It doesn’t, however, stop them from taking the opportunity to print pictures of her in ski gear. Either with, or without, James Hewitt.

Half-time warm-up – You often hear supporters of a team that is producing a decent first half performance say that they don’t want half-time to arrive and that they wish they match could continue right through to ninety minutes without a break. You rarely hear that at Wigan Athletic, unless we want the punishment to stop. Worse still, when you return to your seat after the interval in winter the temperature always seems to have dropped a good few degrees inside fifteen minutes. I’ve never been able to adequately explain that. It obviously can’t be due to the obvious contrast between the warmth generated by the gathered throngs on the concourse below the stands and the returning to an exposed plastic seat in the open air stand. This is Wigan. We don’t get throngs.

Driving in the Dark – A journey from home to work that takes thirty-five minutes in summer suddenly takes over an hour once the clock go back and it starts to blow and rain a bit. If you can’t manage to drive with your headlights and wipers on without driving like an eighty year-old headmistress or pranging your car, then don’t drive at all. Take the train. Except you won’t be able to take the train because the wrong kind of snow on the line will have made the whole rail network hit the buffers.

See you near the radiator – Griff