At work this week, I have been getting my hands (a tiny bit) dirty helping to move some new staff into one of our offices. Although this kind of IT/systems-related exercise is usually fraught with hassle, as many people dislike any kind of change at all to their working environment, our particular move has gone relatively smoothly. It isn’t over yet, mind you, and so there may well be an element of speaking too soon in that statement.

However, compared to some of the changes, deployments, launches, go-lives – call them what you will – which I have been involved with in the past, it has been a relative pleasure. Here are some of the stranger examples from my life in IT where things didn’t go quite so smoothly. Incidents where the old adage, “this job would be great if it wasn’t for the people”, couldn’t have been more apt.

I’m sure all IT support staff have, at some time or another, received a call which has arisen purely as a result of some idiotic user doing something blatantly idiotic. They aren’t all that funny when they occur, in fact, they usually just leave you feeling extremely sorry for the pathetic creature that raised the call in the first place. Not plugging in the monitor and wondering why you can’t see anything on screen, or failing to connect a printer to your computer and ruminating why nothing has printed are examples that fall into this category. I once had a user complain that his mouse wasn’t working and, when I went to see him, rather than having his mouse sat flat on the desk in the traditional manner, he was waving it frantically in the air whilst pointing it, balls-up (not him, the mouse), at the monitor. I actually found it quite hard to explain why that was unlikely to work for him. It’s a bit like turning the front wheels of an aircraft at 30,000 feet and expecting it to change direction.

Three colours black – This one wasn’t so much a case of having of a daft user, it was more a case of a quite sensible 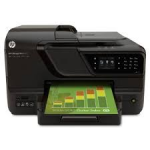 user asking a really daft question. It was back in the late 1980s and we were designing a new system for the staff in our Leeds warehouse. The lady in charge of the warehouse team, although thrilled that she would be getting a fancy new printer, was a tad concerned as to how she would identify the supplier, office and warehouse copies of her delivery notes. These, apparently, were currently produced manually, in triplicate, with different coloured paper for each recipient’s copy. She asked if it were possible for the (black and white, one-input tray) laser printer to change the colour of the paper as it printed each copy. We told her politely, and without sniggering, that it was not but then we all had a damn good laugh at her expense in the pub after the meeting. However, when I issued the minutes a day or so later, the project manager’s copy was doctored to show that yes, indeed, he would ensure that this change of paper colour would be delivered. Oh, how we laughed – the cold winter nights used to simply fly by in those halcyon days. 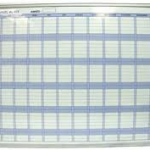 by allowing appointments to be scheduled electronically. Hitherto, they were recorded manually on huge sheets of paper or, in the case of the Droitwich warehouse, on a huge whiteboard hung off the office wall. I received a call from Droitwich to say that they had cancelled an appointment but it was still showing on their schedule. I tried to re-create this issue for them but couldn’t. No matter how many times I tried, it worked perfectly for me every time. I called into Droitwich the following day to show them and, whaddya know, it worked perfectly again. As I turned to give them a smug “now, what exactly is your problem?” type remark, I found them all facing away from me and the computer screen and staring intently at the wall. “See, it’s still up there”, they exclaimed, indignantly. Yes folks, they seriously expected that the deletion of an appointment from the computer system would automatically remove a hand-scrawled entry from the whiteboard hung on the wall. 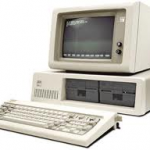 This last one is in two parts and every time I tell it I am accused of making it up. However, I swear on my son’s life that it is true. Again, back in the early 1990s, I supported a system that ran on an Olivetti PC with twin, 5 ¼ inch floppy disk drives. As there was very little in the way of remote access in those days, if there was ever a problem with this system, we would have to ask the user to make a copy of the disk and send it to us. We could then take a look at it on the steam-driven Olivetti machine that we kept in our office. This precise issue occured one day, and I duly asked the girl in the Wigan warehouse to send me a copy of the disk so that I could investigate her problem. I put the phone down and, immediately, the fax machine next to my desk whirred into action. Thirty seconds later, there, large as life, sat a faxed copy of the offending floppy disk. I kid you not. “Love and kisses, girly. Thanks for helping me out”, read the fax message.

With compliments – After we had finished laughing at this woman’s stupidity, I called her back to explain that I actually needed a 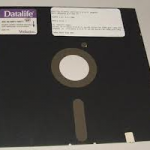 real copy of the disk containing its data so that I could re-create the issue she was experiencing. When it dawned on her, she was mortified at how thick she had been. I was the epitome of tact and diplomacy and told her not to worry, this was the sort of thing that could happen to anyone – well, any gobshite who worked in a warehouse in Wigan, at least. She asked me not to tell anyone – ah, too late! – and promised that I would receive a physical copy of the disk via the internal mail the following day. When the envelope arrived a day later it contained one floppy disk and one compliment slip. On the slip, she once again expressed her shame for yesterday’s events and asked me to keep schtum about her little faux pas. And I probably would have done, had she not stapled the compliment slip right through the middle of the floppy disk!

I have removed all names from these tales to protect the terminally thick, but if you worked at GUS Home Shopping throughout the late eighties and early nineties, you might recognise some of the above. Or have your own similar stories.