Yesterday, a good friend of mine experienced the deep joy of becoming a father for the first time. In amongst the glee of knowing that he will now, finally, suffer all the inconvenience and both sleep and life deprivation that I suffered through eight years ago, I obviously spotted an opportunity to flog him a copy of my first book, Virgin Parents. Then, I remembered that he had already bought it, so that puts the mockers on that plan. Another friend recently changed her Facebook cover photograph which showed her young son posing alongside a toy Thomas the Tank Engine. This brought to mind a section of Virgin Parents in which I discussed the kind of rank bad television that I was forced to watch as my son was growing up which I thankfully no longer have to endure. Disclaimer: it’s a bit tongue in cheek.

Thomas the Tank Engine – Let’s start with the aforementioned goody-goody steamies. Putting to one side the frankly 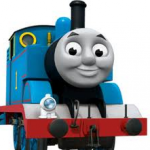 absurd notion that railway companies and even the trains themselves can be efficient and helpful that was a constant theme running through the show’s story lines, it was more the soundtrack and dialogue that irked me. The droning tones of that ignorant, scouse narrator, Michael Angelis – we have previous, me and that man – were far more aggravating than the twee moralistic stories themselves. And that bloody theme tune! It was bad enough that it was such an annoying tune but, when it is then played, in full, twice during each ten-minute episode, and then ITV exacerbate this by running five or six episodes back to back… well, hearing it about a dozen times in the space of a single hour would try anyone’s patience, I’m certain.

The Fimbles – The premise of the Fimbles followed the usual kids’ television show theme; it was full of do-gooding, Utopia-dwelling bear-like creatures that are unfeasibly cheerful, helpful and nice to everyone. It was enough to

make you physically sick.  In fact the only time I ever warmed to the Fimbles was when Clayty, one of our Thursday Night Football stalwarts, revealed himself to be the long-lost Fourth Fimble, as you can plainly see here in the picture on the right. If the theme tune to Thomas the Tank Engine was grating, the only thing that wasn’t grating about the Fimbles was the theme tune. Being, as I am, totally stuck in the eighties with my musical tastes, I was quite pleased to hear traces of the Lightning Seeds in the Fimbles’ theme. Actually, there were similar hints to be found in other shows of the day, too.  The opening and closing credits of Lunar Jim, for example, were extremely reminiscent of XTC’s Senses Working Overtime and I swear I could spot a nod to Del Amitri in the Fireman Sam theme tune.

Postman Pat – Everything that is bad about the modern British workforce is wrapped up in Postman Pat. This work-shy p 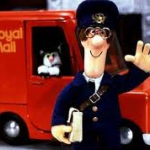 ostman takes his pet to work and spends all day driving around the territory of his round talking to all and sundry, taking his kids to school – late, more often than not, I might add – and seemingly doing anything he possibly can to avoid carrying out his contracted tasks. I have seen dozens of episodes and never once seen him deliver more than a single letter or parcel in any one show. Remember this when you are sat home impatiently waiting in vain for the postie to arrive with that crucial delivery. You would do well to watch Postman Pat as it will provide a clear explanation for your inevitable disappointment when that letter or package fails to materialise.

Fireman Sam – If Postman Pat gives us an insight in to the distracted, inefficient British worker, then Fireman Sam probably g 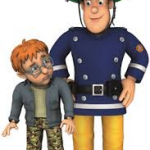 ives us an even better view on the way that society, and particularly the youth of today, abuses and disrespects its own community and public services. True enough, James and Sarah, the posh, slightly wimpy children in the village are perfectly well-behaved kids and a credit to their parents> But, that anti-social yob, Norman Price, is the scourge of Pontypandy and should be locked up and have the key thrown away. He is single-handedly responsible for the fire brigade being called out in every single episode, as far as I can tell.  Sam, himself, is the archetypal Golden Bollocks who never puts a foot wrong, and is the keeper of the highest of morals. He worries me though, as he seems to work every single shift going and is forced to put up with a delinquent boss and a half-wit sub-ordinate called Elvis. He’s an absolute saint, is our Sam. He could do with some help though, without question. How he hasn’t lamped Norman Price, I will never know.

Tikkabilla – It took me a while to realise that Tikkabilla was effectively a replacement for Play School, a pseudo-educational 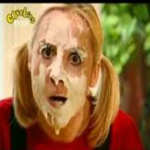 programme that was on air when I was a nipper.  The dead giveaway was the continued use of the square, round and arched windows for showing video segments that were such a feature of the old Play School. Tikkabilla, like Play School of course, was more of an educational programme and had a pool of regular presenters, one of who was Sarah-Jane Honeywell. I mention this only because I found some rather more grown-up pictures of Sarah-Jane than I was expecting whilst researching this piece today. It did, therefore, make me wonder what she had all over her face in this picture. I originally thought it might be sand from the Tikkabilla pit or wet clay from the pottery wheel. Now, however, I’m not so sure. Look her up, fellas!