Regular readers of my drivel may already be well aware that, musically, I am more or less stuck in the eighties. In fact I’m not even stuck in all of the eighties; it’s generally just those bits that involved Paul Weller, The Jam (er, Paul Weller) and the Style Council (hmm, well, you know why). For a bit of variety, I was also, and still am, quite partial to liberal doses of The Housemartins and Squeeze.  A man of dangerous or even original musical tastes, it is fair to say I am not.

in the late seventies to very early eighties, around the same time that I was getting all angry with Weller about his Mod Cons and his Setting Sons, I was also into that most mainstream of genres, Tamla Motown, and by association, the much less mainstream phenomenon that was Northern Soul. Oh come on, I was from Wigan after all, and it would therefore have been sacrilege to not at least have taken notice. Wigan practically owned the Northern Soul scene, over on our side of the pond at any rate, although there are no doubt plenty people in Stoke, Wolverhampton and Manchester who would dispute that fact.

What I am not going to attempt to do here is give the low-down on the Northern Soul movement. For a start, it’s been done to death by much cleverer people than me and, more to the point, in the grand scheme of things, I know sod all about it. Why, there are even a decent number of people who subscribe to this obscure blog who know infinitely more about Northern Soul than I do who are probably bristling and shifting uncomfortably on the edge of their seats right now wondering what tosh I am about to spout – just like any other Friday, I suppose. What I will do, though, is relate some of my own personal Northern Soul experiences, given my relatively limited exposure to it, and the aficionados will more than likely go easy on me out of sheer pity and embarrassment at my totally amateurish status as a Northern Soul expert.

I was first made aware of Northern Soul via some male school friends of my older sister. They were all about three years older than me and were big soul fans. We used to play in a Subbuteo table soccer league (I know, I really should keep these kind of embarrassing things from my past under wraps) and the older lads would always be playing or singing these really catchy (oh God, did I just say catchy?) soul tracks. I quickly got into the music myself and would try to beg, borrow and record (on to cassette tape, of course) as many of them as I could lay my hands on.

Of course, on our doorstep was the world famous 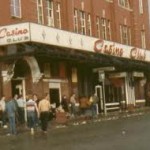 Wigan Casino Club. It was no exaggeration to say that it was a magnet for Northern Soul fans the world over and, although the famous all-nighters were coming to an end by the time I was taking an interest, there were still good soul nights to be enjoyed at the Casino. Not, however, by me. I wasn’t allowed to go. This was because my mum used to go to the Casino when it was called the Empress Ballroom back in the fifties and sixties and she therefore ‘knew what kind of things went on in there’. I suspect she didn’t, really. Had she really known what went on in there when it became the Casino she would probably have made the family move towns, let alone ban me from going. So, tragically, I never set foot inside the world famous Wigan Casino. This, despite the fact that the 603 bus terminus was two minutes from my house and dropped me off bang outside the Casino door on Station Road. The last all-nighter was held in 1981 when I was sixteen. Mum said she would have let me go had I been seventeen.  Yeah, right. I didn’t believe a word of it.

Still, there were clearly sufficient Northern Soul buffs knocking around the Wigan area to keep the music alive and suddenly, 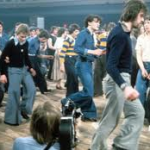 all our teenage disco nights started to feature big Northern Soul sections. In the Hindley area, we had the Monaco on Mondays, it was Hindley Green Social Club on Tuesdays and the Bethel at Hindley Green on Thursdays. This gave me exposure to even more Northern Soul classics than my Subbuteo matches and we would dance ourselves stupid (or dance stupidly, I was never sure which), spinning, clapping, skipping and high-kicking our way around the dance floor, all lads dancing together without a hint of self-consciousness or embarrassment. And then, at the weekend, we would troop off to Manchester on the 32 bus to a little shop at the bottom of the Arndale Centre (before those IRA bastards blew it up) and scour the rows of boxes and boxes of imported vinyl singles, only a few of which had been introduced to us at those three teenage discos.

And where is the “5-4…” element of this, I hear you ask? I have said before that I am by no means to be considered a 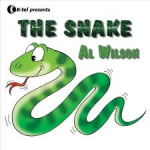 connoisseur of the movement. However, as someone once said, and I paraphrase shamelessly: “I don’t really know Northern Soul, but I know what I like”. And so, here are the five Northern Soul tracks that mean most to me based on memories of those teenage years in Hindley Green. Probably. I may well have even got my own opinion wrong, here. I have spent longer scanning the seventy-eight tracks on my Northern Soul iTunes playlist trying to pick just five than I did writing the blog itself. I could have listed many, many others. And I may well do so on a future, slow, rainy, topic-less Friday…

What, by Judy Street  – of all the classics associated with the Casino (Time Will Pass You By, I’m on My Way) this is my favourite. Don’t know why, it just is. It always got the dance floor filled and nobody felt even the remotest bit foolish performing an exaggerated and expansive hand-clap every time Judy sang “What!”. (Listen)

The Flasher, by Mistura – another floor-filler that really tested your “skip” technique. It had the added  advantage of having a smutty title that appealed to us teenagers. (Listen)

Theme From Joe 90, by The Ron Grainer Orchestra – who would have thought that a theme tune from a kid’s TV puppet show would become a dance favourite with Teenage Wigan boys? But it certainly did! A real energetic effort was required for this one that had everyone dashing for a refreshing Vimto at the bar at the end. (Listen)

Out On The Floor, by Dobie Gray – Quite simply, this summed up the whole Northern Soul thing for me. A brilliant song and a belter to dance to. (Listen)

The Snake, by Al Wilson – A song about a woman rescuing a frozen, talking snake. Why wouldn’t it become a classic Northern Soul dance track? It is also, to this day, my Karaoke track of choice (Listen)