A number of our team members are currently spending the working week away from our base in Oldham.  Some would say that not having to spend all day in Oldham is a good thing. However, I don’t think many of them particularly relish the travelling and staying away from home all week. Which is fair enough, it’s not something that suits everyone.

Personally, I quite like the change of scenery. Which is just as well, seeing as I used to commuted to Marseille every week for three years.  And I a 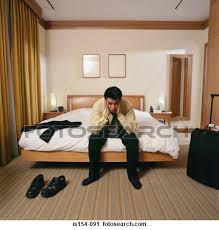 ctually got off quite lightly. Marseille was quite civilised compared to some of the places to which some of my team were banished. Far flung corners of China, godforsaken ports in India, even more god-forsaken locations deepest darkest Russia. Novorossiysk, for one – go on, look it up on Google maps and see if you fancy that for two weeks!

My current colleagues are only holed up in the relative civilisation of places like Gloucester, Stratford (the scruffy one in East London where they had the Olympics, not the nice one where that famous writer lived), Sheffield and Havant. And today, they have all the creature comforts of home like wifi, plasma TVs and breakfast-inclusive hotel rates to keep them happy. There’s no strange foreign food, no funny money, no incomprehensible languages, no dodgy mobile networks and even dodgier local taxi drivers or police to deal with like we had. But, without a word of complaint, we got by week after week with just the barest of essentials to see us through to the flight back to Blighty.

Lap top – The lap top was a vital item to have with you. Essentially, it was a tool provided to enable us to do our jobs, of course. Travelling to a different office location each week as we often did, you didn’t want to rely on being lucky enough to find a spare desk when you arrived there. Locating a clear cupboard top, close to a network cable and power point was usually a cause for celebration; it was a bonus if they provided a seat to go with it.

DVDs – The lap top isn’t much use without something on it by way of entertainment. Remembering that we didn’t always have a decent internet connection, often none at all, the box set DVD was an absolute must.  Working away from home with only a lap top and four walls for company (yes, I realise there is scope 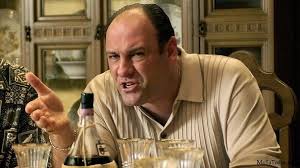 for all manner of smutty comment there but please refrain) is probably the main reason why I have seen The Sopranos for start to finish four times, the West Wing five times and The Wire three or four times.

Games – Even I got fed up now and again with watching episode after episode of The Sopranos. Most of my fellow travellers were into computer games, though I’ve never been big on those either. These days I will happily play on the Wii or the xBox but back then they weren’t the most practical things to lug around. Fortunately, I was heavily into the old Championship Manager game (now called Football Manager) and I would spend season after season failing to get Wigan promoted from the Championship. Owen Coyle and Uwe Rosler have been paid around half a million quid a year to do that.  All I got was £35 a day meal allowance and my taxi fares reimbursed.

Smart Phone v Book  – These days, of course, an iPhone or iPAd or other such tablet device would see you right through any dreary week away  with all the apps you could have. Back in the early 2000s they weren’t so prevalent. Nowadays, I would be in my element, playing games like Countdown, Moxie, 4 Pics 1 Word, Red Herring, Catchphrase,  Scrabble. Back then, if it wasn’t a PC game or DVD, you’d have to read. I wasn’t a big reader either, so as long as I had a decent crossword book to facilitate the morning ablutions, if you get my drift, I was happy.

Corkscrew – If all else failed, wine did the trick. First two items in the bag every week were my passport and a corkscrew.  I could pretty much get by without anything else. Not much more to say really.

See you at the airport – Griff