The wife watches a lot of those so-called reality shows where real people are constantly being watched behaving in a completely unreal manner. But, there’s no denying they are real people because you couldn’t make it up.

Me, I tend to watch more dramas which, by definition, are not real. I watch American ones, more often than not. These are all obviously fictitious stories but which purport to be real, or at least plausible, at the same time. I don’t watch the daft ones, like say, The Walking Dead, but I do like some of those that are loosely believable, like House of Cards, Suits, Sopranos, for example.

However, even these relatively sensible and serious shows expect you to swallow, and accept as normal, some things that seem pretty far-fetched to me. Allow me to illustrate:

“Taxi!” – American TV producers have clearly never experienced the nightmare of trying to find a taxi in any large UK town on a Friday or Saturday night. From 11pm, taxi ranks may as well be pedestrianised zone because there is never a car to be seen. Yet, in New York or LA, you can walk onto any street at any hour of the day or night, nonchalantly stick up your right hand and boom! – a cab appears!

Fast cars – I know that law enforcement agencies have specially adapted vehicles, usually for safety reasons, like bulletproof glass. However, they also appear to have the ability to time-travel. If you watch Designated Survivor, the FBI agent, Hannah Wells, can drive from Washington to Philadelphia in the time it takes for CBS to have a commercial break. And they never need to stop for fuel, a pee, or even to punch a zip code into a Sat Nav.

Hot shots – Continuing the theme of FBI agents… Their firearms training must be the best in the world and they must have ancillary classes that teach them to deliberately live dangerously. In 100% of shout-outs I have seen between low-life baddies and FBI agents, the baddies could not hit a cow’s arse, or a wide-open cop, with a banjo, whilst the FBI guy can take out three or four cops in the blink of an eye, whilst shooting round corners with his weak hand. However, 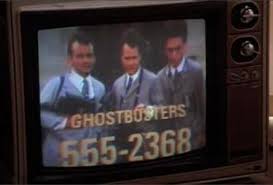 he won’t even consider doing this until he is completely outnumbered and/or only has the same number of bullets remaining as he has enemies to kill. Absolutely no need for it.

Area 555 – I don’t know who designed America’s telephone numbering system but, whoever it was, they must have done it on a Friday afternoon after a particularly decent session in the pub. Everybody’s area code, the middle three digits, is exactly the same – 555. Assuming that each major town or city has its own range, this suggests that no major built-up area has more than 9999 phone numbers. Very limiting I would have thought but, on the plus side, if you don’t know someone’s number it will take you less than 10,000 attempts to guess what it is.

“Enter!” – I’ve worked in a couple of law firms. They’re horrible places, as a rule, full of lots of horrible people. For sensible, reasonable reasons, most grown-up firms have decent reception staff, even security personnel or mechanisms, to prevent unwanted intruders. However, tele people would have us believe that rival counsel can just drop by your building and wander into your corner office at the dead of night whenever they please. It happens all the time in Suits and no-one seems to bat an eyelid. I haven’t once heard anyone issue the obvious challenge – “Hang on! How the fuck did you get in here without visitor’s pass?!”

See you in the script-writer’s office – Griff