After TNF (Thursday Night Football for the uninitiated) the short car journey back from Robin Park into Wigan town centre for a re-fuelling pint is usually an opportunity to mercilessly slag off someone’s earlier poor performance on the Astroturf. Usually, someone who isn’t actually in the car (I presume similar conversations occur simultaneously in other cars between other TNF members en route to the pub).

In my car last night were Benno and Cunny and, for once, our fellow players were spared the complete and utter dissection of their footballing abilities. Instead, 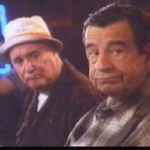 Cunny led the way bitching about football “stories” that are currently dominating the media that we really couldn’t give a flyer about anymore – if indeed, we gave a flyer about them in the first place.

Cunny requested that I produce a one-off 5-4-Friday on the subject of “things that are getting right on our f*****g t**s”. I might change that title but, as I am off today, and currently impatiently waiting for the bathroom to become free, I will indulge him. Here goes, this is what occupied the thoughts of three grumpy old men in my car last night… 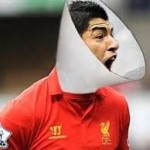 Luis Suarez – Seriously, nobody even cares about Liverpool anymore, a club that used to win things but now can’t even get into Europe because Wigan Athletic are hogging the limelight. People care even less about some racist, South American gringo with teeth that could eat a Chelsea defender’s arms through a letterbox. Just clear off back to Uruguay or go to Spain, why don’t you? They have a much healthier diet over there so their footballers’ limbs will probably taste nicer. 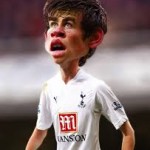 Gareth Bale – A hundred million quid? Really? Not even the drunken idiots at our annual Dream League fantasy football auction would be stupid enough to bid that much for Gareth Bale, or anybody else for that matter. Yes, he can play a bit, and no matter how shrewd a negotiator Daniel Levy might be, we all know that eventually Tottenham will sell him because nobody in their right mind will turn down that kind of money for a one-footed Welshman who has had one good season.  So, given that we all know it will happen, stop going on and on about it and just give it a one-liner on the inside back page of the paper once the deal goes through. 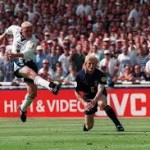 Wayne Rooney – And this is even more of a non-story. Seemingly every two years now, Rooney runs out of pensionable aged female staff members to shag at his current club and asks to move closer to a new retirement home. The only good thing to come out of these tedious bi-annual episodes is that it probably pisses of all those pot-hunting Man United fans as they froth at the mouth about “Our Wazza” around the office water dispensers of Basingstoke, Stevenage and Bodley-on-the-Wold. Just go, Wazza – go anywhere – and take your gold-digging wife, your god-ugly kids and your stupid new head rug with you. 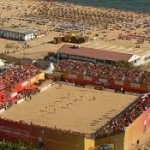 atar World Cup – Aside from the fact that England would have a snowball’s chance in the desert of winning it, and that it is still nine years away, the argument surrounding the staging of the world cup in Qatar is becoming as tedious as the interminable transfer stories currently doing the rounds. The arguments in the media revolve around the fact that it’s a bit hot there. Breaking news: Sun Shines In Desert! So what? Cunny, our very own Victor Meldrew, lives in Qatar (he is home for the summer, by the way, he doesn’t actually travel back each Thursday to play football with us) and can therefore give us a much better insight than our supposed professional journalists have so far. Without going into too much detail, Cunny says that Doha the capital is the size of Wigan town centre, has just one football stadium and its matches are watched by about six hundred people. Another thing it has in common with Wigan, then. Seriously, its’ nearly ten years away and we’re bored with the Qatari World Cup – move on already!

England v Scotland – Every time the Jocks are sent down to London as ritual cannon-fodder for our national football team there is a nationwide media clamour to stage the humiliation more often, like every year for instance. We’re told that it’s tribal, a great rivalry, the fans will love it. Well, we Wiganers love beating Preston every time we play them but you’d soon get fed up of slapping them all over Deepdale every year or so.  Then they move on to reviving the home international championships so that in addition to battering Scotland we can trample all over Northern Ireland and Gareth Bale and ten others, too. Nope, just leave it. Not worth bothering with. Besides, there are much bigger and better footballing nations prepared to spend much more money to come and beat us at Wembley. We’ve already taken all of the Scots’ gas and oil – we have no further use for them. They should establish a new, more relevant footballing rivalry for themselves. Say with the Faroe Islands

Rant over, see you on the ice  – Griff