Nani finally left Manchester United this week, albeit on loan. As a neutral, he’s no great loss to me. Neither, I suspect, will be there many a tear shed by the Old Trafford faithful at his departure. Actually, I am glad to see the back of him. If ever there was a prime example of an over-paid, 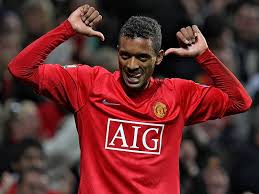 over-hyped prima donna of a journeyman footballer then surely he is it? He is one of those players/personalities in the game that I could never warm to and would dread being stuck in a lift with. Good riddance, I say.

Over the years, there have been many other annoying players who make you seethe just by trotting out on to a pitch. Ronaldo, Beckham, Gerrard, Keane, Terry; the list is fairly endless, to be honest. Most of the hatred of these people stemmed from daft, parochial football rivalry or plain jealousy of their talent, wealth and lifestyle. But, personally, I never bore any ill-will to any of those listed above and others of that ilk. Apart from John Terry, of course. He’s just a nasty bastard.

Then, there are people like Robbie Fowler. He used to give me the right hump when he was playing and I have no real idea why. Maybe it was because he played for Liverpool and was very good at what he did – there’s that daft, inexplicable football rivalry again. Also, without knowing him at all, I came to the conclusion that he was thick as pig shit and would rob your granny for the price of an Ellgren shell-suit. He is now punditing (that can’t be a verb, can it?) on Talksport and TV and he actually comes across as quite a nice and bright guy. I am now warming to him, after all these years.

As for Nani, I don’t think I could ever warm to him. I just don’t like him, despite never having been in his company for even five seconds. He may well love animals, children and all mankind and perform selfless works of charity on a regular basis. Then again, he might not, and I would never tire of slapping him across his ridiculous curly-permed head. He’s not in an exclusive club, either. Read on.

Nigel Winterburn – I have no idea what started me off hating the old Arsenal left-back. I know that I never recall him smiling, always looked surly and arrogant, but there must have been more to it than that. I went to Maine Road and saw him play for Arsenal with some Man City-supporting work mates. We stood on the Kippax and as Winterburn came over to take a throw-in I launched a completely unprovoked and violent, verbal attack on him that left my workmates shocked. And him too probably, had he heard it. He probably did hear it, as we were very close to the front. Later, he started to crop up on Soccer AM, in the days when it wasn’t absolutely shite, and then I liked him even less.

Robbie Savage – Yes, I know, he was one of the famous Class of ’92 at United with Beckham, Giggs, Scholes, the Nevilles, et al. But you get the distinct impression that he was the dunce of that class, the runt of the litter. Fair play to the lad, he made a decent wedge from his dubious playing talents and you have to give grudging respect to anybody who makes it to the upper levels of the game. But does he really have to spend his retirement talking utter shite on the Match of the Day couch? He is the perfect poster boy for those who believe that the BBC is relentlessly dumbing–down. I recall seeing an interview with him at home at his converted gated farmstead, wearing a turquoise and pink shell-suit and walking his Staffies. No further questions.

Simon Howarth – As frustrating and incompetent as some of your team’s players can be at times, I’m a big believer that you should provide nothing but encouragement to the lads out there wearing the shirt for your club, at least during the game. I have to admit that I have even been known to give Jordi Gomez a bit of stick now and again, but only from the sanctity of the pub. As for Howarth, he was comfortably the laziest, most frustrating and biggest waste of God-given talent that I ever saw don a Wigan Athletic shirt and I would vent my spleen at him from the first to the last whistle. In fairness, there have been worse, lazier and more frustrating Latics players down the years but none that ticked all three boxes like Haworth did. The waste of talent was the biggest crime for me. He had buckets more ability than the likes of Robbie Savage, but chose not to bother using it most of the time. And then, just before he left the club, he made that ridiculous Ayatollah to the Cardiff fans in a Tuesday night game at the JJB. How to win fans and influence people, eh?

Steve McManaman – His ridiculously flicky hair was more than enough to make me hate McManaman. That, and the fact that you could easily turn his 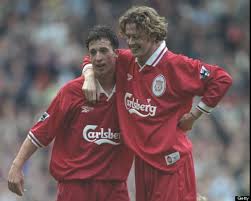 name into that song from the Muppet Show. How apt, a muppet! There was no doubting that the lad had ability but he also had supreme arrogance to go with it. Working in Liverpool, the world’s biggest village, in the late 90’s, there was an abundance of tales of this arrogance. I have heard this particular story too many times from too many people for it to be apocryphal. A nine or ten-year old Liverpool-mad urchin saw him walking down North John Street one Saturday afternoon. The kid excitedly ran across to ask for his autograph only to be told – in clear earshot of a throng of weekend shoppers – to “f*** off, and leave me alone”. Nice chap, that McManaman!

Kevin Nolan – I’m struggling to put forward a case for hating Kevin Nolan, I just do. He certainly never helped himself by playing for clubs that it is also very easy to hate such as Bolton, Newcastle and West Ham. Add to that the fact that his best mate is Sam Allardyce and I’m not sure I even need to bother making a case. He is one of the gobbiest and snide footballers in the game today and I detest him with a passion. He could well be John Terry’s brother, come to think of it. They’re a pair of nasty bastards.