I am fully aware that I have ranted in the past about the way people sometimes write or speak. I’m not sure what give me the authority to pontificate on this subject but, nevertheless, here are five uses/abuses/misuses of the English language that have been trying my patience of late.  The one that sparked this latest tirade is…

The Football Club – Why do players, managers, pundits and presenters insist on using this long-winded expression? “I 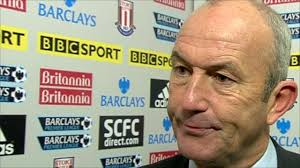 will do what is right for the football club” or “we are looking to bring the best players into the football club” are the kind of utterings that make me utterly mad. What is wrong with simply saying “the club”? It always used to suffice in the past. Why do they think they need to specify that it is the football club they are talking about? They are hardly likely to be talking about the Tufty Club or the Derby and Joan Club. Then again, with some of the idiots in football, you never know.  Tony Pulis, the current Crystal Palace manager, is a particular fan of speaking in this manner. I must remember to give him plenty of good-natured abuse when he brings his football club to play my football club in the FA Cup this weekend.

Can I get… – Now I definitely know I have ranted about this in the past but I was reminded of it again by the comedian,

Sean Lock, in a recent episode of 8 out of 10 Cats. This is where someone in a bar or restaurant – an English person, not an American, mind – ‘asks’ for an item by saying, for example, “Can I get a coffee?” No, you bloody well can’t! You can have a coffee but you can’t get it because that’s the job of the person behind the bar or counter. You are not in a position to get it yourself. Health and Safety would have something to say about it for starters.  And to compound the crime, the person doing the “getting” invariably neglect to use the words please or thanks, either.

Boom! – I have no doubt that this ridiculous fad started on the streets of Harlem or South London but I am choosing

to lay the blame squarely at the feet of Piers Morgan. I’ve heard people in pubs use it, people at work, but mainly I have seen Morgan use it in almost every other Tweet. BOOM! I think the uppercase letters must be compulsory, as if that somehow makes it slightly less annoying. I really don’t know why this particular phrase has become so prevalent but, here in Wigan, we have been using our own version of Boom! for years. And, in my opinion, ours is a far better word that gets the point across much better. Step forward, the word “Booshak!” If you’re from Wigan, you will know exactly what I mean. Boom!, my arse!

“Dad, who/what  is your favourite…?” – This one is an entirely personal gripe, but no less annoying 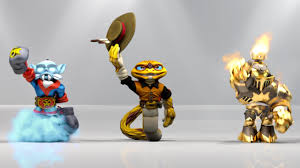 for that. I wouldn’t like to give the impression that my son spends most of his life playing video games but, my son seems to spend most of his life playing video games. Since Christmas, he has mostly been obsessing with Lego Marvel Super Heroes, Skylanders Swapforce, Disney Infinity and Minecraft.  I have no issue with the games themselves, nor with him playing them.  However, if I am asked to list my top three favourite characters, powers or levels from any or all of the above game just one more time, I swear that there will be broken bits of Xbox and Wiiu spread all over our street.

Feeling <insert emotion> – This is a Facebook thing. As if people don’t post enough crap on there (yes, yes, yes – guilty as charged) 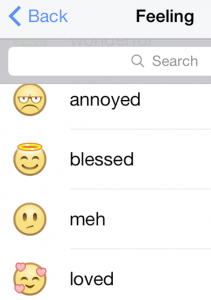 Zuckerberg and his merry men have now designed a feature that allows you to select your current emotion from a pre-set list of options complete with tenuously-linked smiley face icon. Without the need to actually think for yourself, you can inform the world – or at least those who care – of your current emotional status in a couple of easy clicks. You can be happy, sad, annoyed, excited, determined even – the whole gamut of emotions from A to B is listed for you to choose from. Over Christmas, no-doubt fuelled by alcohol and the Gary Barlow Christmas Special, thousands of people were apparently feeling blessed. Leaving aside the fact that they were probably all lying, who uses the phrase feeling blessed in everyday parlance anyway? Feeling breast, I would perhaps accept as something worth publicising, but not feeling blessed. Or excited. Or determined. Or any other ridiculous, trumped-up rent-a-feeling, for that matter.

See you on the ice – Griff  (feeling dry)