In last week’s 5-4-Friday, I bemoaned the use of the phrase “BOOM!” in modern day parlance. I used Piers Morgan as an example of someone who makes excessive use of this particular phrase, especially on his Twitter feed.

I was immediately pounced upon by one of my most regular, good-natured critics, a ‘friend’ of mine who I have only known since he started watching Wigan about ten years ago and who I only see on match days, and not every match day at that.

The fact that he knows relatively little about me didn’t stop him from declaring that, simply because I obviously follow Piers Morgan on Twitter, I had gone down in his estimation. For the record, I’m not entirely sure from what rarefied level in his estimation I actually tumbled.  Also, for the record, I never actually stated that I am a follower of 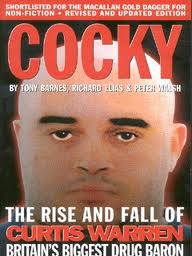 Morgan – I am, as it happens – but why should the fact that I take notice of the Twitter activity of a certain individual make me a lesser person in the eyes of someone who barely knows me?

Not that I will lose any sleep over it, and neither will the fella in question. He will continue to rib me about being bald and writing shit books and I will continue to slag off that ridiculous hat that makes him look like Gilbert O’Sullivan. If following Morgan is such a heinous crime, what will he make of the fact that I regularly read books about Adolf Hitler when I was younger, I have read Curtis Warren’s life story twice and I also follow Joey Barton and Stan Collymore on Twitter? That doesn’t mean I like or admire any of these people. I have some kind of morbid fascination with seeing what the likes of Barton have to say on Twitter and it just draws me in to watch, much like a car crash on a motorway does or a public stoning probably would.

As for Piers, I actually do quite like him. I accept that he is a bit like Marmite and not everyone’s cup of tea, if I may mix my metaphors for a moment.  There are also a number of other people who I quite like who don’t seem to be too popular with the vast majority of the rest of the population. Here are some of them and my reasons why. Not that I feel I have to justify myself to you lot!

Piers Morgan – Let’s start with Morgan. I accept that he can be a pompous ass at times and his past life as a tabloid newspaper 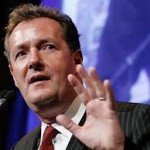 editor sort of sets him up for a bit of a fall. But, since those arguably ignominious days at The Mirror, he has successfully re-invented himself as a television celebrity on both sides of the pond and to secure a role as a prime-time news anchor – I said anchor, wash your ears out – in the States is not to be sniffed at. If the stand he has taken against the powerful and lunatic gun lobby in the US is not laudable enough for you, the even braver stance he recently took in the cricket nets against fast-bowling Aussie legend Brett Lee should definitely be worthy of your praise. As a rabidly patriotic Brit, he constantly rips the Aussies to shreds and, for that fact alone, he deserves your full support.

Alex Ferguson – Football supporters, as we all know, are notoriously parochial. Anyone who plays for, or manages, the team you support is an 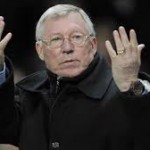 unquestionable hero and everyone else in the game is a total tosser. Until said person leaves your club, at which point all past glory and service is forgotten and they become a wanker like the rest of them. Players and managers at very few clubs, however, attract the hatred reserved for those at Manchester United.  Ferguson is probably at the head of that list. Not for me though, he always made me chuckle. I particularly admired his ability to look reporters and presenters in the eye and blatantly lie and bullshit to them in a constant quest to protect and promote his club and players. Undoubtedly a bully, he is also unquestionably the most successful British manager of all time, no matter what spurious counter arguments those deluded reds at the other end of the East Lancs Road might proffer.  Hand on heart, they’d have loved to have had him as their manager for twenty-seven years, had they been given the choice.

David Beckham – One of Britain’s finest ever footballers? No, of course he wasn’t. Not even close, to be honest. But there have been 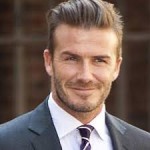 many, many worse players too, and I certainly don’t believe that Beckham deserves all the vitriolic hatred he still receives from all bar teenage girls and octogenarian grannies. Yes, he is obsessed with his clothes and hair, yes his wife is a bit whiney and yes, he has a voice that makes him sound a bit thicker than he probably actually is. But the lad does an awful lot of good and I bet all the insults and stick he has to endure has him crying all the way to the bank. Of course the lad has made him and his family very, very wealthy during and after his football career – and I suspect it is good old-fashioned jealousy that fuels the hatred, just as it does for the other people highlighted in this list.

Simon Cowell – How could I not like a sarcastic, arrogant, opinionated bloke who still thinks he his twenty years younger than he really is, has never admitted to 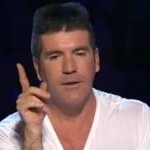 being wrong and has an extremely questionable dress sense? We could well be related. The people that criticise Cowell say that he ruthlessly exploits those artists that he turns into number one acts. Maybe so, but those artists hardly end up on the breadline as a result of his exploitation, do they?  He probably is an obnoxious bastard in real life too but, let’s give the lad a break – it’s hardly surprising he’d be a tad tetchy given the pond life he has to deal with week in, week out on those talent shows. Louis Walsh springs to mind, for one.

Dave Whelan – As a Wiganer, the resentment of Big Dave is the one I struggle with the most.  The whole world picks on us and our town yet, when we finally get the opportunity to blow the trumpet for one of our own, we choose to vilify him instead. He 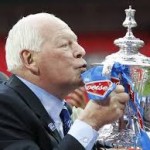 isn’t the easiest man to deal with and his obsession with hearing his own voice in the media probably rankles with many, but it is a very stubborn and one-eyed person who would not give any credit to a man who has made countless millions from a starting point of a few bottles of deodorant. Still, there are plenty of them out there who won’t. These people all fall into one of three categories, in my experience.  Either they are simply jealous because he has made himself very wealthy, they hate him because he built and ran a number of big Wigan-based businesses that they subsequently earned a wage from, or they are Wigan rugby fans and loathe him because he didn’t follow through and do for them what he has done for the town’s football team. That said, even some of the football fans hate him, convinced that he is lining his pockets from the squillions of pounds of profits that the club earns each season. I suppose there is none so blind as those that will not see, as the old saying goes. Personally, I think he’s great, and I will continue to argue his corner as long as there are people out there that get annoyed that I do. Me, argumentative? Surely not?