There are many who believe that the only good thing ever to come out of Australia is Qantas flight QF1 to London.  Personally, I wouldn’t quite go that far, but as a Brit, there’s certainly nothing much better than getting one over the Aussies and being able to rip the mick out of them. This particularly holds true in a sporting context, and so the recent British Lions rugby union series win over the old foe down under sets us up hopefully for a long, hot summer of laughing at the Aussie cricket team, too. If the experts are to be believed, our boys are streets ahead of theirs and we are bound to thrash them into oblivion. Let’s not get carried away just yet, but just imagine what fun we will have if it does come to pass?

Let me get one thing straight. I don’t hate Australia or Australians. However, when I was in my twenties the 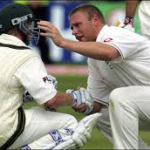 Aussies would beat us at every sport going – bar football, really – and boy, did they go to town on it. That’s what I hated. But who could blame them? We would – and hopefully this summer, will – do exactly the same were the boot on the other foot. It’s all just good natured banter really, but you don’t want to be on the receiving end. It truly is much, much better to give than to receive. So, it’s good that we battered them at rugby and that we are about to batter them at cricket. If only Andy Murray had battered one of them at Wimbledon, although delightfully, the Aussies are nowhere good enough to get a tennis player close to a grand slam final these days.

And it’s a shame for the Aussies, because if they can’t gloat about sport, then there isn’t a lot left for them to brag about at all, is there? They can rabbit on all they want about the Sydney Opera house and that bloody bridge and Castlemaine XXXX, but when it comes to popular culture they always come up a little bit short. I mean, for god’s sake, they are quite happy to have a crappy little ditty called Waltzing Matilda as their national song! Nope, outside of sport, I don’t believe they have a great deal of which they can be truly proud.

Skippy – The second most famous Australian TV programme (see later for the number one) featured a kangaroo as the star of the show. Of course it did. Whilst doing my usual minimalist research 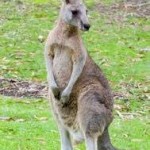 for this blog, I came across a Skippy website that claimed that “…the adventures of a boy and a kangaroo in the Australian bush held tremendous appeal with overseas viewers”. Er, no it didn’t. We just laughed at it because it was a totally ridiculous concept. It would have been slightly more realistic had Skippy done a bit of boxing, or kicked the shit out of some passing tourist, like most kangaroos do, in every episode. Instead, in the first three episodes alone, Skippy rescued a stranded airman from up a tree, escaped from a kidnapping attempt and saved a pregnant woman from a crazed gunman. I guess it’s all in a day’s work for the average Joey. The website I looked at was bragging that the show was sold to 128 countries and shown on 160 different channels in America alone. Well, there you go – America! That says it all. “No further questions, your witness!!”

Rolf Harris – Even before he was dragged into the recent alleged shenanigans involving Jimmy Savile, Stuart Hall and anyone else of that age group who has ever appeared on television, Rolf Harris was a bit of a 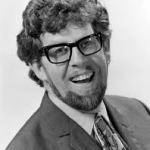 figure of ridicule for us Brits. Despite his didgeridoo and his wobble board and his daft goatee beard, he somehow managed to transcend all that nonsense to become an almost permanent fixture on the UK’s television screens. If he wasn’t asking “can you tell what it is yet?” with his painting exploits or “scrambling his way to the bank” in those swimming ads back in the seventies, then he could be seen and heard warbling his way through some bobbins ‘comedy’ folk song, like Sun Arise or Tie Me Kangaroo Down, Sport. His most famous song, of course, was Two Little Boys. Let’s hope for his sake that that particular song doesn’t become a sad, twisted biography of his life in the Seventies. Mind you, if it does, at least it will get him off our television screens for good.

Dame Edna Everage – It must be rather embarrassing, given the stereotypical macho image the Aussies try to 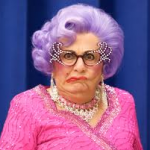 foster (see what I did there?), that the most famous and arguably most successful Australian comedian of all-time is a bloke dressed up as a Sheila. I’m not saying that he/she isn’t funny as an act, but if I were a born and bred, red-blooded Aussie, I’d be pretty miffed that the rest of the world acknowledged that the country’s best comedy act was an old fat bloke in a dress and a purple wig. It says something that their next funniest act is probably Rolf Harris, followed by Paul Hogan, a man who was only funny because he shamelessly lived up to the whole world’s view of how every single Aussie bloke behaves. He couldn’t have come across as more Australian if he had got a job behind the bar in the Walkabout pub in Earl’s Court.

Neighbours – On 18th March 1985, someone at Channel Seven in Australia woke up with a fearful St Patrick’s

Day hangover and subjected the world to Neighbours. It is still going strong today, which is a travesty. It is set in a cul-de-sac in a leafy suburb of Melbourne which, in my book, makes it nothing more than Brookside with sunshine and hub-caps. It has proved more popular in the UK than it has in its native Australia and that is truly, truly tragic –   a sad indictment of declining intelligence levels in the UK. In 2008, increasingly enlightened and inclusive UK viewers apparently complained that Neighbours was becoming increasingly too “white”. I suspect there was a spelling mistake there. Neighbours didn’t even feature a kangaroo, though it did have a mangy little dog called Bouncer. In all the time that I watched it – and it was only because my mum was watching it – Neighbours had no redeeming features. Well, maybe just one…

… Kylie Minogue – Aah, Kylie, the little pop princess herself. I suppose these days Kylie has to be the most famous Australian alive. And she is OK to look at, I guess you wouldn’t chuck her out if it was snowing. She also had the good taste to spend a lot of her time in England. They say a picture paints a thousand words, so…

… by the way, hasn’t the weather been unfeasibly hot in England this week? It’s certainly very hot in here as I write this. Phew, what a scorcher!