My wife rarely travels abroad, yet she still suffers from jet lag twice a year. She doesn’t really get jet lag, of course, she just gets very confused when the clocks go 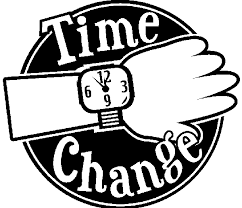 back in October and again when they go forward in March.

It’s worse in March than it is in October. In March, she gets to complain that it’s lighter at night because that signals warmer weather coming and the start of
what laughingly passes for summer in this country. She prefers winter, you see.

But, to be fair, it isn’t just Mrs Griff. I have a number of thoughts that recur every year when the last weekend in March comes around. Such as…

… Farmers – Twice a year I am reminded that the original reason for daylight saving was to provide more hours of daylight for farmers. But in this day and age, surely that doesn’t stack up? It’s not as if they wander around the fields wearing Davey lamps for illumination. Most of them never even see a field at all; they’re all behind the counter of their lucrative, Emperor’s New Clothes farm shops fleecing cash from the Real Housewives of Middle Of Nowhere.

School run – Another alleged reason for the whole rigmarole of Daylight Saving is to make it safer for children to walk to school. Well, that’s a complete waste of effort. Fifty percent of parents chauffeur their precious little brats to school in their massive, gas-guzzling 4x4s, so Daylight Saving is totally irrelevant for them. Fifty per cent don’t give a shit about their kids’ welfare and would happily let them wander the streets amongst the potential abductors, rapists and murderers giving no thought to the level of brightness. 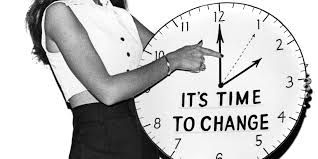 The other fifty per cent of kids stay at home anyway being home-schooled in mathematics.

Drivers – One thing I do welcome when Daylight Saving happens in March is that people suddenly remember how to drive. From October through end of March, the motorway network of Britain is a constant stream of stop-start, bumper-to-bumper, tyre-screeching collisions. Suddenly, come 5pm in early April though, when it’s a bit brighter, even the BMW drivers seem to be able to manage to find their way home without shunting some tired old banger up the rear-end.

Patio – For me, this is the worst part of Daylight Saving. From October through March, I happily venture to the bins in the back garden numerous times a week without noticing the caked-on grime, wed and moss that has built up on the paving flags. With lighter nights, generally drier days and definitely warmer weather, I have little chance avoiding the demand to “jet-wash the patio”. Yes, like you, I wish that was a euphemism, too.

Daylight Saving – Why the hell am I referring to this as Daylight Savings? It is yet more affirmation that we have become far too easily influenced by American language and terminology. When I was a lad we simply referred to “the clocks going back/forward”, that’s all. We all got it. What was wrong with that?

See you at the International Date Line – Griff

PS, just as I left for work this morning, there was a reminder on the news about Daylight Saving the clocks going forward. Cue yet another mild rant from Mrs Griff – “… pisses me off, this. Why can’t they make it optional?”