Most countries have something which they probably feel defines them as a nation or a people. Something that the rest of the world recognises as being home to that particular country. Many nationalities can lay claim to something that they are particularly renowned for, or that originated in their country and was subsequently adopted, or practiced, by other nations.

For example, it’s hard to think of Spain without thinking of bull-fighting, or Austria without thinking of alpine sports. Mention France, and your thoughts are immediately drawn to fine wines and cheeses, likewise the Italians with pizza and pasta. As well as being famous for their layabout, beach-dossing lifestyle, Australians are synonymous with kangaroos and boomerangs. And who out there calls to mind a Scotsman without conjuring up images of fried Mars bars and Saturday night pub brawls?

We English are no different. In fact, we probably 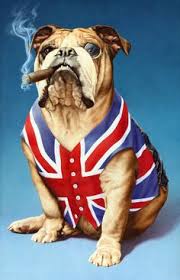 claim to have invented or introduced the world at large to more cultural, sporting and social concepts than any other nation on Earth. Whether many of those claims are valid or not is moot; we may as well claim them as our own before the Yanks trample all over them and take the credit.

What is beyond a shadow of doubt is that we English are the undisputed champions of creating or inventing something, showing the world how to do it and then watching the rest of the planet adopt it, over take us and generally wipe our noses in it. Here are just a few I can think of

Media – James Alexander Gordon, Richard Baker, Richard Dimbleby… names from the halcyon days when British Broadcasting had a Corporation that was the envy of the planet and at the leading edge of media technology. These legends of the silver screen would turn in their graves at the state of today’s British broadcast media. Well, not Baker, obviously, on account of him not actually being dead yet – who knew that, by the way? We now have shows like Gogglebox and Benefits Britain! Only in modern day Britain would a programme glorifying people who are allowed to fleece the country of its coffers by sitting on their arse, and another one that features people doing nothing else but watching television themselves, attract mindless couch potatoes in their droves.

Sport – This week’s 54F subject was “inspired” by the England cricket team’s abject performance at the current Cricket World Cup on Monday. How can we invent a game, designate it as our national sport, and then let the rest of the world thrash us at it? The World Cup organisers made it easy for us by putting us in a group with three countries who don’t know which way round to hold the bat and we still couldn’t navigate our way into the quarter-finals. And it isn’t just cricket, is it? We invented football, yet today we struggle to beat any one at that. We inadvertently invented rugby union because some kid cheated at football and can’t beat anybody half-decent at that, either. Rugby union spawned rugby league, which is only played by half a dozen countries plus a small number of tribes in Papua New Guinea, and we can’t beat anyone at that, either. Is claiming benefits a sport? We seem to have a lot of people who are very good at that.

Justice, Government and the City – OK, so the ancient Greeks and the Romans may well have had some idea about how to organise themselves back in the day. But, for the past few hundred years, 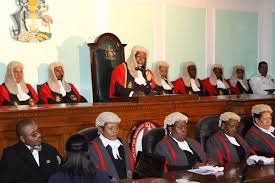 Britain has largely been held up as being the go-to place if you want to see a fair, democratic government, an equitable and just legal system and prudent, sensible financial systems epitomised by those noble banking institutions in the City of London. Not so much these days though, eh? Bankrupt banks, corrupt police forces and lawyers, and the least said about those lying, robbing bastards in Westminster, the better. And we have the nerve to pontificate to other nations and races as to how they should handle themselves.

The England Language – You know the best thing about the whole world having adopted England as the language of business and commerce and everything else? The fact that it’s not French and that they hate it, that’s what! I know that, apparently, Mandarin (which they speak in China) and Spanish (which they speak in California) are catching up English in the popularity stakes in terms of how many people speak it, worldwide. However, they’re not catching up that quickly, and they aren’t French. You would think that a modicum of national pride would ensure that we English ensured that we tried to maintain the high standards of grammar, spelling and vocabulary that made our language so great and a world leader, wouldn’t you? But no, today, we speak, and particularly write, English no better than the Americans or Australians do, though we are still far better at it than the French, of course.

Imperialism – Ah, the Empire! We used to have one of those. So did the French and the Spanish, of course, but we were better at it than they were. Back then, Britannia, truly did, rule the waves. And ruled lots of other people’s countries as well, whether they liked it or not. It is probably thanks to our extensive 18th century colonialism that the likes of India, Pakistan and Australia are now able to comfortably take the piss out of us at cricket. In modern-day Britain, it seems that the Empire has come to us instead, given the multi-cultural nature of our population these days. This doesn’t bother me one little bit, to be honest. You won’t get me on politics. However, it seems to me that the majority of those that were here before our new arrivals aren’t happy, and those that have arrived to live in the ‘promised land’ are no happier either. What a time to be alive!

See you, with the rest of the English, on the way to hell in a hand-cart – Griff