I am a natural head-shaker. I don’t mean a head-banger, as that is something totally different and requires a modicum of hair to carry off to an acceptable degree. I do, however, shake my head far more often than is probably necessary or merited, usually when something happens, or is said, that I can’t quite get my head round. 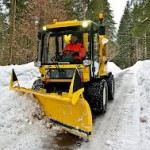 to those oft-quoted mysteries of life that you can find all over the internet, some of which are not so much mysteries, more excuses for people to just trawl out a semi-witty one-liner. You know the type – how does the man who drives the snow plough get to work?  If all is not lost, where is it? Why did kamikaze pilots wear helmets? Why is there only one Monopolies Commission?

But these are not the type of questions with which I am really concerned. This week I have witnessed a number of behavioural things that I have seen happen many times before, and will no doubt see many time in the future, yet I cannot explain why they happen at all. And they just had me shaking my head.

Disclaimer: Not all of these things actually happened this week (it was only Tuesday when I started to write this, after all) but just go with it; it’s not that relevant when these events occurred. We can put it down to poetic license.

Synchronised striding – This has to be one of those naturally occurring phenomenon that people have no control over. You will all know exactly what I am talking about; that moment when you encounter 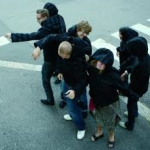 someone walking in the opposite direction in a narrow passageway or pavement and one of you has to cede right of way. It is an incontrovertible fact that, despite the fact that only one of you need leave your current path, you both will, and in exactly the direction that makes it even more likely that you will collide. Furthermore, the two of you will repeat this at least twice before managing to negotiate a way by each other. Finally, if you’re a man, if the person with whom you are duelling is another man, you will curse the word “knobhead” under your breath, regardless of the fact that you are equally culpable as he. If it is a woman, you will flirtatiously and wittily ask if she would like to dance. She will laugh and smile and, as she eventually passes, curse the word “knobhead” under her breath.

Spooning – the last three organisations in which I have worked have had spoon issues. Specifically, they have had cases of disappearing tea spoons. No matter how often the Facilities Team 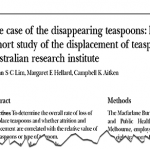 replenishes the cutlery drawers with knives, forks, tablespoons and teaspoons, by mid-morning you cannot find a teaspoon for love nor money. The smart cash is on people taking them back to their desks for the purposes of eating yoghurts, though I am not convinced – I have conducted very loose experiments to count the number of people eating yoghurts and comparing it to the number of teaspoons that disappear on a daily basis. It doesn’t it even come close. In the previous two firms, the spoons seem to disappear for ever, so much so that I suspect they even had their own cost centre given the amount of money that was seemingly spent on replacements. At least in my current company, the spoons are returned by the end of the day and back in the cutlery drawer the following morning. You never actually see anyone taking them back to the kitchen, though. Perhaps we have employed a teaspoon fairy.

Aisle sit here – I used to fly an awful lot, four flights in most weeks. In all that time, I never once sat in my seat without witnessing the following phenomenon. A person walks down the jetway, flashes their boarding 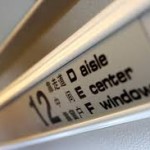 pass at the trolley dolly, boards the plane, gets on the plane, enters the aisle, looks at the boarding pass, then looks up at the number above the first row of seats to see what number it is. It’s row number one!!! BECAUSE IT’S THE FIRST ROW!! They number them in order, you buffoon! They start at number one and work upwards, in strict numerical sequence, right to the other end of the plane. They’ve always been numbered this way. It must have been the easiest meeting ever: “Shall we number the first row ‘1’ and work upwards from there, or randomise them a bit? You know, say, put one in the middle row and have the odd numbers going back from there, and have the evens heading back towards the front?” I haven’t flown for ages but I am now seeing the same traits in evidence with the reserved seats on Virgin Trains. How thick are people?It’s no wonder we no longer have an empire. 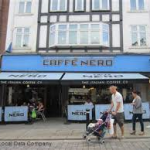 take hold, my hard earned would have been on Wigan. I speak from a position of authority because I know the place very well, having lived there for most of my life. It is a place whose population likes to eat black pudding and other types of tripe and take its own plate to the chippy on a Friday tea time. It is fair to say there aren’t many Michelin stars knocking around Wigan’s eating and drinking establishments. It therefore never ceases to amaze me to see people sat outside Caffe Nero on Standishgate sipping demurely on a skinny latte and picking at an oatmeal flapjack. Where did that come from? It’s just wrong! Whatever next, banning people from taking their whippets into Starbuck’s?

Pied Park – Most modern football stadia now pander to the needs of the prawn-sandwich brigade. In the o 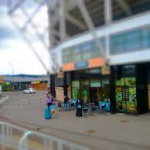 ld days, apart from a grass pitch and some concrete terracing and a few seats, all that was needed was a little kiosk selling pies, beer and Bovril and somewhere rough and ready in which to relieve yourself. These days, however, even stadiums at the more modest clubs boast things like integral hotels (Bolton), Michael Jackson statues (Fulham) and chic Italian restaurants (Wigan – yes, Wigan!). However, I was still agog whilst watching Shky Shports reporting on Shteve McClaren’s recent appointment as Derby’s new manager to see that their stadium, Pride Park, has a built-in Greggs. A Gregg’s! And guess what? It had seats and tables outside on the concourse. A pavement pie shop! In Derby! I’ve seen it all now.