I’ve spent the last few days in Ireland, specifically the Sandyford area of Dublin. It’s a decent place with decent people, which is no bad thing given that I’m 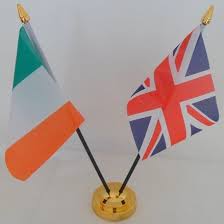 going to be spending quite a bit of time there over the next nine months or so.

Politically, the Irish and the English have enjoyed, or endured, a fairly chequered past. You’ll be pleased to know I have no intention of discussing those issues because a) it bores me and b) I’d have idea what I was talking about.

It does occur to me, however, that there shouldn’t really be too much cultural and social difference between two sets of people separated only by a thirty-five minute flight between Manchester and Dublin. In fact, so far, I have found very little differences between the two places and peoples, and many similarities. Here are just a few random observations from the last few days.

Sports – Just like us, the Irish get very giddy about sports and like to watch it in the company of a good old drink. Whereas we get excited about football and cricket, they are more concerned with hurling and Gaelic football. Like us, however, they believe the English are deluding themselves if they think they have a snowball’s chance in hell of winning the forthcoming rugby World Cup.

Breakfast – Breakfast in a Dublin hotel is remarkably similar to that in England, especially when it comes to the fry-up. They, however, offer a traditional Irish cooked breakfast of sausages, bacon, eggs, mushrooms and tomato. Err, hang on, surely that’s a 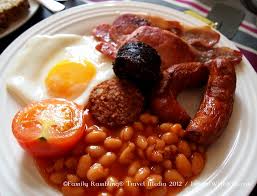 traditional English breakfast? Maybe that was what all the political fighting was all about all those years ago – where did the bona fide ‘traditional’ cooked brekkie originate?

Catering staff – if you were to try to identify your location based on the nationality of the staff in hotels, bars and cafes you’d have a tall order on your hands in Dublin. In Dublin, 90% of waitresses, baristas, receptionists and chamber maids are Polish or of similar eastern European extraction. There are so many eastern Europeans, in fact, that you could just as easily be in London or Manchester or Wigan.

Swearing – Like the English, the Irish are very fond of a good old curse every now and then. And by every now and then, I mean every second sentence. This seems to be true in the workplace too, far more so than in England. The Irish, however, use the word “feck” or “fecking” as if somehow this variation on the world’s favourite curse will fool us into thinking they aren’t really swearing at all. They must think we’re fecking eejits!

Gratitude – By and large, I’d say the Irish are, if anything, even more polite than the English. You’d think, therefore, that they would have a great vocabulary for expressing their thanks and appreciation, much in the same way that we have cheers, thanks, ta, much appreciated, etc. Not so, though. In all cases, bar none, gratitude is expressed by the single phrase “thanks a million” – or sometimes it’s abbreviated to “thanks a mill”, if they are really pushed for time.

So, there you have it, a very brief 5-4-Friday for this week. Thanks a mill for reading.

See you on the fecking ice – Griff