Admittedly, I don’t spend that much time in our kitchen. After about ten o’clock at night it’s virtually out of bounds as both access doors are slammed firmly shut so that the cats can be kept from roaming 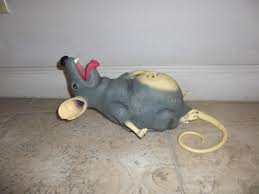 about the house. They can, of course, leave via the cat flap to shag the night away and to bring back dead mice for me to dispose of in the morning.

Disposing of dead mice is one of the few reasons I have for venturing into the kitchen at all. In addition to removing vermin, I also go in there to get my wine – because the kitchen is where the fridge lives – to make a brew, and to retrieve my car keys from the big drawer on the way to work.

That big drawer holds some bizarre, totally unused items, such as menus for pizza places that burned down years ago, numerous pens which don’t work and voting card for local elections going back to the days of the Whigs. Indeed, the whole kitchen contains a whole plethora of pointless items, the point of which I struggle to comprehend. Here are five:

Dinner plates – Let’s face it, I am not posh. There is no silver service or set of bone china crockery in this house. There is a dresser full of perfectly adequate white dinner plates, bowls and other such items, albeit they were as cheap as chips from Tesco or Argos or somewhere similarly chavvy. However, we insist on using the same two (chipped, and even cheaper) blue plates, that have been sat in the kitchen cupboard for about ten years, every single meal time.

(One) wine glass – Again, I have four large wine glasses in one of our kitchen cupboards. Yet I use the same one, every single time. This is because it gets used, washed and replaced in the exact spot from whence it came. The other three glasses never even get a look in. They sit forlornly, redundant, behind the alpha glass. We may as well put them on

eBay. I have had these four glasses about five years now and only ever used one of them. I may as well smash one and give one of the subs a run-out for the next five years instead.

Pan cupboard – Everybody must have a pan cupboard like ours. Unless you’re one of those posh nobs that has them all hung up around the kitchen walls and ceiling. Ours are stored stuffed in a cupboard in no semblance of order whatsoever. If the cooking (I use the term loosely) is down to me, the meal on offer will largely be determined by which pan is easiest to retrieve from the pile of cheap vessels lurking in that cupboard. Usually, I give up all together and make do with some bacon, dinged in the microwave.

Spices – We have spice jars like everyone else. But ours are more like ornaments, than jars of edible seasoning. And they are more like ancient relics than ornaments, at that. Every four years or so, I will dust them down, verify that, as suspected, they are all at least three years out of date and need to be binned. They will then be replaced on the very next Asda run, only to sit in the spice rack until the next Olympics comes round, at which point I will scoop them all up and bin them again.

Wine cork – The most pointless kitchen utensil ever invented has to be the vacuum wine cork. It is a plastic cork-shaped bung with a pump action that you stick in a half-empty wine bottle. I immediately see the flaw in this concept. Who are these people who are leaving wine in a bottle once it has been opened for more than two hours? Where is the market for such an accessory? It is the most ridiculous and pointless present I have ever been given. Well, since I was given a shampoo and conditioner set in a Secret Santa a few years ago.

See you round the breakfast bar – Griff