I love a good sports autobiography, especially if there is a bit of salacious gossip in it that gives a bit more of an insight into what happens behind the closed doors of a top club or team. The nine month pre-amble to Kevin Pietersen’s recently published 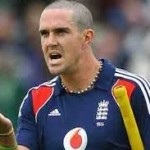 autobiography threatened to offer such titbits but now, more than seventy-two hours into the build up to its actual publication, it seems we have already heard all there is to hear about it.

Yet still, newspapers, the internet, radio and TV are still wittering on about the maverick batsman’s spats with various former teammates and coaches three days after the first headlines appeared. No publicity is bad publicity of course, but the stories ae tedious and trivial in the extreme. If this had happened in a school team, the protagonists would have been sent to separate corners of the room or stuck in detention and given lines – “I will not send texts about my captain’s tactics to the opposition”.

It is a seriously dull story now, but I suppose you can’t blame the media outlets. They have a job to do and as long as the public keeps lapping it up I’m sure they will carry on fuelling the fires. Let’s face it, it isn’t the first long, boring, drawn-out saga the media has peddled and it certainly won’t be the last, will it?

Plebgate – I mean, seriously? The police and MPs have nothing better to do than wind up in court because some jumped-up toff on a bike called a couple of Plods “plebs”? I remember the days when Tory MPs used to give us proper stories to get our teeth into involving rent boys, bin-bags, tangerines and choking, but Andrew Mitchell’s dull as ditch-water saga about bike clips and Bobbies surely deserved nothing like the amount of air time it eventually clogged up? 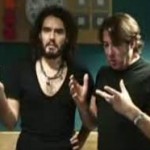 Golden Ball’s eye-balls. Not only did this non-story rumble on for years but it was also, allegedly one of the main reasons why Beckham left United for Madrid. And still, to the best of my un-researched knowledge, Fergie is yet to claim the credit for his famous strike. I would have done, like a shot, if you will pardon the pun.

Brand and Ross – The only thing more tragic than pranking a 70-yeard old household name and luvvie like Andrew Sachs is the notoriety and publicity it gave to Brand and Ross. They are two of the most unfunny men on TV, surpassed only by those Peter Kay coat-tail hangers-on, Paddy McGuinness and Dave Spikey.

Royal pregnancies – No specific one, just any royal pregnancy will do. Thank God the Royals don’t have the gestation period of an elephant or we would be subjected to these pointless updates running for even longer than the nine months or so that they survive. Why not wait until there is some real royal baby news? – like one being born that isn’t the spit of James Hewitt.

Roy Keane’s Book – Now, this one hasn’t overstayed its welcome as yet, having it is hot off the press, hot on the heels of Pietersen’s diatribe. I hope it does though, because the opening titbits seem to be extremely promising and entertaining. Anybody who mercilessly rips into the Manchester United Prawn Sandwich brigade, and Robbie Savage, deserves all the air time he can get. Looking forward to reading the full version.

See you on the front page – Griff