I spend far more time than I probably should on Facebook. But, as I have said before in this blog, I like it and that’s why I do it. Some people knit, some people watch mindless TV shows, some people drink and smoke themselves stupid; in the grand scheme of things, I think there are worse ways to waste your own time.

lash, I will check-in to every pub and place we visit. This is not designed to show you l that I have a great social life (because believe me, I don’t) it’s more of an aide-memoire for the following day so that I can re-trace my steps in the highly likely event of me misplacing something valuable, like a wallet or a phone.

I have been described by one family member as being a ‘prolific’ Facebook poster. I was OK with that. I was also OK with another family member referring to me as an attention-seeking knob. Less OK than I was with the prolific one, I have to say, but I didn’t lose any sleep over it. After all, I have a blog, books and charity calendars to promote and sell and they sure as hell won’t promote themselves.

So, it would be a little bit hypocritical of me to complain about some of the stuff that regularly appears on my, and I’m sure your, Facebook timeline. Not that that will prevent me from complaing about it anyway. I have blogged something similar in the past, but here are five Facebook things that are particularly pissing me off this week.

Anti-Tory posts – The only political discussions I get involved with tend to centre around the team selection at Thursday Night Football or, if we’re feeling particularly high-brow, the latest machinations of the FA, UEFA and/or FIFA. Not really big on politics at all. I certainly have no interest, for instance, in seeing a photo of every Tory MP who has voted to cut disabled person’s benefits this week whilst simultaneously claiming fourteen million quid for a second home on the moon. If you do insist on doing this, can you put all the MP’s photos in one handy Powerpoint presentation so that I can bin them all at once please?

Anti/Pro Jeremy Corbyn posts – Notice the presence of the contrary ‘pro’ element in the strapline for this entry. That was absent for the Tory item because no-one, but no-one, sticks their head above the parapet to support a Tory. Jeremy, is the ultimate marmite politician; you either think he’s going to solve world poverty and peace or will be back to being a geography teacher quicker than you can say “back-bench revolt”. Either way, for me, it’s terminally dull. Stop it!

Maths problems – On the subject of dull, why do people keep posting random mathematical problems and why do others waste their time solving them? Incorrectly, usually. I spent my entire education trying to avoid such mind-numbing tedium and, now that I am free of all that, people assume I want to do it for fun. Not really!

Photo gallery websites – I am referring to those websites that promise you 17 (or 13 or 22 or 27, it’s never a round number) images or video clips of a particular subject or theme that will blow your mind, the most amazing 17 (or 13 or 22 or 27) photographs you have ever seen. Yet they never are. Well, they might be, but you never get past the third one because you have to 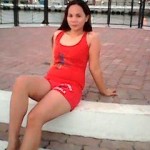 press the ‘Next’ button each time and scroll through a thousand adverts before the next ‘amazing’ photo appears. I defy anyone to ever get more than half-way though one of these things before getting too bored to continue.

Spurious friend requests – When you have Facebook pages to promote like me, any new friend request is an opportunity to harvest some more likes for your page. Well, it’s an opportunity for at least one more like. However, certainly for me, new requests are few and far between. I got one today from the young lady in that picture over there. She lives in Manila, apparently. I don’t recognise her or her name at all, and I’m sure I would have remembered had we previously met. Perhaps she has me mixed up with Adam Johnson. Ah well, there’ll maybe be another one along tomorrow.

See you in the ether – Griff