At the height of the recent tedious blanket news coverage that accompanied the recent birth of the new Prince of Cambridge, Alex asked me what name I thought they should give the free-loading leech/tourism revenue generator – delete as appropriate, according to your specific political views. Knowing, as he does, a little bit about the history of English kings and queens, he was never going to let me get away with my apathetic and flippant suggestions of Wayne, Kyle and Tinie.

Having snared him in my trap, I told him that, according to Johnny Cash at least, it was perfectly 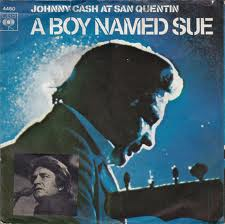 possible for there to be a Boy Named Sue. Why, the Man in Black even wrote a song about it and performed it to a bunch of prisoners at San Quentin jail in America back in the late sixties.

“Why would he do that?” I chose to read that questions as “why did he write the song in the first place” rather than “why did he sing it in a prison” and proceeded to try to explain the concept of the novelty song. I didn’t manage to describe it as anything better than “not a serious, proper song” but he seemed to get where I was heading.

“You mean like the Duck Song?” Whilst I stared at him blankly, it was his turn to explain that the Duck Song was a YouTube clip that all the kids today were watching and singing along to. Really? All the kids are watching it? Well, it has had 135 million hits to date, so I reckon quite a few of them must be! He made me listen to it and I had to admit that it was sort of what I meant but still not exactly what I would call a novelty song.

“Give me an example, then”. I hate it when he says that. Because, try as I might, I couldn’t think of one that, at eight years of age, he was likely to know. It occurred to me that the last real example of a novelty song that I could recall was that annoying Crazy Frog thing from a few years back. Alex knew that one, but wasn’t impressed that this was apparently the best, indeed it was the only, example I could come up with.

He had a point. I wracked my brains because I was determined not to use the Birdie Song, or Superman or Agadoo 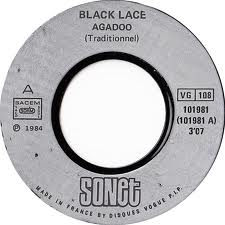 as classics of the genre as I trawled my memory banks for decent examples. It was really hard because, in the words of the old adage, they just don’t make them like they used to. And thank the Lord for that, too. In fact, I suppose the only place that you are likely to hear that kind of drivel now is at weddings. And I’m only guessing at that, to be honest, as I can’t remember the last time I went to a wedding. If only Peter Kay would update his act and let me know whether I am right or not.

Having the attention span of a goldfish with dementia, Alex had, by now, wandered off to play on his WiiU. He left me happily reminiscing and contemplating my most memorable novelty songs of all time.

Purple People Eater, Sheb Wooley (1958) – My mum and dad have a lot to answer for. I stumbled across this song in their record collection as a kid and often sang it to entertain Alex when he was younger. I think it goes some way to explaining the utter disdain in which he currently holds my musical tastes. Listen

The Streak, Ray Stevens (1974) – “Boogity, boogity”. Where else would you find those lyrics except in a song about streaking? It was a truly bizarre song that capitalized on the even more bizarre concept of streaking, a craze that originated around this time but is now confined largely to the Saturday afternoon session of particularly boring cricket test matches. “DON’T LOOK, ETHEL!!” If you don’t know the song, give it a whirl. You won’t be disappointed. Listen

Monster Mash, Bobby Pickett (1962) – Although originally released in 1962, Monster Mash has been covered and rehashed many times since then. Listen It is a true classic of the genre, probably bettered only, in my opinion, by…

Ernie (The Fastest Milkman In The West), Benny Hill (1971) – A song about a milkman (Ernie) and a bread delivery man (Two-ton Ted) who vied for the romantic attentions of Sue, a widow from number 22, Linley Lane. The song – and accompanying video – ends with Ernie’s sad demise, felled by a rock cake to the heart as the two men duelled with savouries in the street. “They won’t forget Hernie!” In 2006, David Cameron named the song amongst his eight favourite songs on Desert Island Discs. So, good to see the country is in safe hands, then. Listen