Those of you who are still here after last week’s birthday blog will recall a tale I told about Alex’s new Wii U game, Disney Infinity. I remarked how the game-makers had hit on a commercial gold mine by introducing additional character figures that can be bought and used in conjunction with the game console to enhance the “User experience”. It isn’t compulsory to buy them all at £15 a pop, of course, but if you don’t, the game quickly becomes 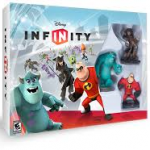 Is this what constitutes a rip-off or a con? I’m tempted to say no; it just seems to me that they are simply being commercially savvy by establishing a format that entails you buying a number of different components in order to play the game to its full potential. They aren’t actually hiding anything. They are, in fact, being totally up front about it, just like the makers of Skylanders were when they introduced a similar concept a couple of years ago.

However, Disney is definitely ripping us off when it comes to the concept of Power Discs. Power discs are another additional “buyable” for the Infinity game that gives individual characters extra powers. They come in a two-pack at a cost of £3.50 per pack. However, much like the old Pannini football stickers we used to collect as kids, you have no idea which ones you are going to get when you buy your new pack. So, you can therefore end up with a load of useless duplicates. 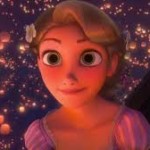 done a quick tally of the twenty-four power discs that Alex has bought (already) this week (that’s another £42, if you weren’t keeping up) and I have found that amongst his total “squad” of twenty-four, he has three Alice in Wonderlands, three Rapunzels (day mode) and four Rapunzels (night modes). He now knows what it felt like for me back in 1975 when I ended up with eight Alec Lindsay’s when all I wanted was one Peter Lorimer. And no, I have no idea what the difference is between Rapunzel day and night modes and I have no intention of finding out, either.

Now, that, is precisely what I would consider to constitute a genuine rip-off, con or something that’s not quite as good as it may first appear. Here are five more:

Roll-up, roll-up… but not now! – The Sun and The Mirror newspapers often offer free entry to various theme parks. I know this only because 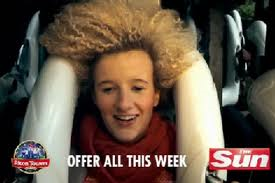 people have told me; I’m far too snobby to read those newspapers myself. However, before you can get anywhere near your free tickets you need to buy around four months’ worth of the daily rag to get the requisite number of coupons or vouchers and associated codes. Then, assuming you have remembered why you were collecting them in the first place, you are directed online with your codes to select your dates. But you can’t choose any old decent date, like a Saturday or Sunday, or a Wednesday in the school holidays. Oh no, but you can choose a Tuesday in the middle of November if you like, provided you can arrive there no earlier than ten and can be done and on your way home by one o’clock. No, on closer inspection, these offers are rarely the great bargain that they originally seem.

Child’s Play – Whilst I’m on the subject of theme parks, they don’t really cater for adults these days, do they? 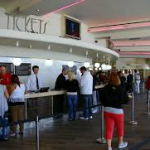 Certainly not when it comes to the entry fees, they don’t. I know that, generally, these places are intended to be patronised mainly by kids but, more often than not, those kids need to be accompanied by an adult or two and this should be reflected in the price. I don’t mind paying full whack at Alton Towers or Chessington where there are some decent grown-up rides to go on but shelling out over a tenner to walk around Gulliver’s World or the Crocky Trail where there is rag all to do is taking the biscuit. And even Blackpool Pleasure Beach, a place I would freely wander round in my youth picking and choosing which rides I went on, now forces you to take out a mortgage for a wristband that entitles you to ride the rides. Well, actually, you don’t have to buy a wristband. You can choose not to buy a wristband and walk around the park looking at the rides. But they even charge you a fiver to do that, these days.

Spending a penny – I may be wrong, but I don’t think there are any public places in this country that actually charge

you for breathing. I say I may be wrong, because it wouldn’t surprise me if there were. So why, when emptying your bladder is probably the next most natural act a human being has to perform, should we be charged do that? It’s not as if it’s a lifestyle choice is it? “Do you know what, I think I fancy having a pee today, do you? Where shall we go?” Well, of all the places you could pick, don’t choose London Euston station. They now charge thirty-pence to empty your clog. It used to be twenty but now it’s thirty, meaning you have to find a twenty-pence piece and a ten-pence piece in your pocket whilst simultaneously crossing your legs and trying to negotiate that ridiculous turnstile. Now that is, quite literally, taking the piss.

Spare the price of a cup of tea, mate? – When considering what constitutes a valid rip-off situation, I have generally tried 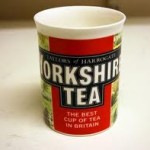 to steer away from things that just generally seem to cost too much. Like weekend newspapers, Lacoste polo shirts, or Gareth Bale, for example. But I am going to make an exception with the mugs of tea that they sell in the Gioco play area in Marus Bridge in Wigan. Now I know that in this country we have become used to paying ridiculously stupid prices for posh tea and coffee that thirty years ago we wouldn’t have even touched with a tea spoon but Gioco give you a mug, some hot water from their tap, a Yorkshire Tea bag straight out of the box and a couple of those tiny snap-open cartons of UHT milk. My researcher (Mrs Griff) tells me that Tesco sell a pack of 160 of those tea bags for £2. The people at Gioco (or the G-Team, as they refer to themselves – do you think they refer to their place of work as the G-Spot?) give me one of those tea bags, a mug of hot water and expect me to actually make it and then dispose of the spent bag personally whilst they charge me £1.75 for the privilege. Actually, I shouldn’t single out Gioco. They just happen to be the latest such place in which I have been ripped-off in this manner. It’s a good brew though, that said. I had two.

Hair today, gone tomorrow – For obvious reasons, I try to avoid discussions about hairstyles and hairdressing. However, I 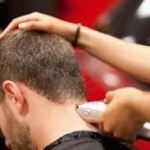 have never really got why men go to sit in a hairdressers’ salon or barbers’ shop and have their hair cut by a man or woman brandishing a set of clippers. What skill do you need to cut hair with clippers? Scissors, I get, but scissors versus clippers is like driving a 6-speed manual versus an automatic car, surely? And for once, I have practiced what I preach, as those of you of have read my first book will already know. About 15 years ago, I walked into a barbers’ shop on North John Street in Liverpool, was charged £4.50 by a man who waved a set of clippers around my head for about ninety seconds, went directly from there to Argos to buy my own set od clippers for twenty quid and have never been inside a barbers’ shop since. I may be missing some of the finer details to may argument, as alluded to in the opening sentence of this paragraph but, for me, a barber with a set of clippers is as big a rip-off merchant as they come.