In my previous job, the lads and lasses in the team I worked in were often confused and amused in equal measure by some of my dubious sayings. Well, it’s not my fault I come from Wigan and therefore have a vast repertoire of bizarre phrases to choose from, is it?  I attributed most of them to my dad, Bernard, and whilst thsis was not always 100% true, they nevertheless became known as the “Sayings of Bernard”. Here are a few choice ones.  As I say, not all of these originated from my dad, in fact only one of them did, but the rest were typical of the kind of thing he would come out with.

Horse play – One Saturday afternoon, our scheduled Wigan Amateur League football fixture was called off due to a heavily waterlogged pitch. 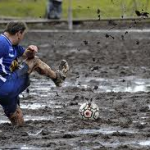 In an amazing show of temperance, rather than go directly to the pub and start the day’s drinking a couple of hours earlier than normal, we decided to see if one of the other matches scheduled that day, a cup quarter-final, had survived the weather. It had, just, but in reality the pitch was barely fit for mud-wrestling, let alone football. As one of the home team players emerged from the dressing rooms, he took one look at the mud-bath before him and announced: “F*** me, tha’s baernt brast a fetlock aert theer, t’morn!”  This roughly translates as “Blimey, one is certain to break an ankle out there, today.” A much clearer phrase, I’m sure you’ll agree, but it doesn’t quite have the same ring to it as the original Wiganese version. 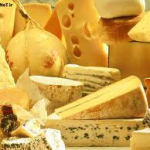 in the heyday of the old Lancashire mills, a woman may have bemoaned that fact that she had been stood up by a man by saying that he had left her there “stood like cheese at fourpence”. This was a reference to the fact that normal cheese cost tuppence and so the dearer stuff, priced at fourpence, always got left on the shelf. That analogy makes sense to me, but my granny always used to say it to me when she was accusing me of looking a little less than bright, or a bit gormless.  I know, a bit difficult to imagine isn’t it – me, lacking gorm?

String theory –  This one is definitely down to my dad and is not so much one of his regular sayings as a one-off, withering 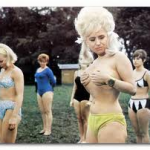 put-down that he used on my sister when she was about fifteen that I have never, ever forgotten. One day she came home from school and took a shower. Whilst she was in there my dad came home unexpectedly. She finished her shower, wrapped a towel around her waist and went into the lounge to get dried in front of the fire. My dad was already sat there reading the paper. She screamed, and clasped her hands in front of her to preserve her dignity, a lá Barbara Windsor in Carry on Camping. Without even looking up from his paper, he simply said: “I wouldn’t bother with all that, lass. You could cover them with a shoe lace and two corn plasters”. Not nice dad, but quick, at least.  (Chill out Sis, it was over thirty years ago).

Magic potions – Back in the mid to late eighties when I was an avid brass bandsman, a relentless schedule of concerts, contests and tours 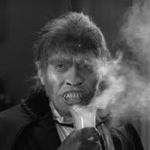 would see us flitting about all over the north west of the country with plenty of spare time on our hands that would generally be filled in local pubs. Most bands and bandsmen had their regular boozers and favourite brews and were often reluctant to drift out of their comfort zone. A particular nightmare was to find yourself in St Helens; bad enough in itself, but worse still because of its plethora of Greenall’s pubs. Greenall’s was widely viewed as one of the worst brewers around. In one such pub, one summer’s evening, a stalwart of the band was seen to be unusually nursing his pint. When asked what was wrong with it, he replied: “What’s wrong wi’ it? It’s shite. Dr Jekyll wouldn’t drink that shite!” A variation on this was to suggest that perhaps “even a giraffe couldn’t get it down its neck!” 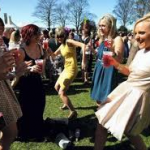 the Merseyrail train back into town after Ladies Day at Aintree you will be in no doubt whatsoever.  The phrase fur coat and no knickers could well have been invented for it. Not the classiest of girl at times, the scouse girl. A colleague of mine once told me about a story about a trip home from work on a Liverpool bus. It was a miserable, damp November evening and all the passengers were sitting quietly, solemnly waiting for the bus to pull out of Castle Street. Two young girls boarded and, as they went upstairs, the second one stumbled and lost her footing. Being polite, no-one laughed out loud or said anything, despite it apparently being quite a funny sight. As the second girl reached the top deck, she was heard to shout to her mate: “Ahr, ey Trace – I nearly made a proper c*** of misell then”.  Well, you certainly have now, love! Classy!

Obviously, my dad would emphatically disassociate himself from that last one, but there are some other frequently aired sayings that definitely can be directly attributed to Bernard. For example:-

“I bet she’s flattened some grass” – used to refer to a lady, usually quite large, who he assumed would be quite free with her sexual favours.

“She’s not as far through as a one o’clock” – quite the opposite, a woman who was deemed to be too skinny.

“I’d rather feed her for a week than a fortnight” – again, to refer to a larger lady who he reckoned would not be too partial to a salad.