As a football-mad dad, each Christmas I suffer a slight disappointment that my lad has still not turned into the same kind of soccer nut/bore as I have been for forty-odd years.  As the Christmases come and go, this disappointment is slightly tempered by the fact that it is at least some time now since we thankfully kissed goodbye to the Thomas the Tank phase.

Though I would much rather have been lacing up the lad’s new boots and having a kick-about in the muddy garden with a brand new football, sitting for hours at the table helping him build his new Lego models turned out to be a more than satisfactory substitute.

Together this last week, we have built ridiculously complex, fiddly and time-consuming spaceships, vehicles, lairs and superheroes, all of which are played with for around ten minutes before being dismantled and re-shaped into something else, thanks to the genius of designers at Lego who think it clever to provide one set of bricks, wheels and studs that can be fashioned into three or four different models.

Because for Alex, it isn’t really the building of, or the playing with, the models that provides the fascination. He has Xbox and Wiiu games based on the Lego characters, sets and vehicles we built and all he wants to do is try to bring those characters to (plastic) life to provide an alternative view of some of the scenes he has acted out in his computer-based games. The video games themselves are still, by far, the  main source of amusement for Alex, the Lego models merely providing something to while away his periods of enforced rest from the games console.

Fortunately, he is happy to play these games alone, for he has quickly worked out that having me tag along as Player 2 is a complete and utter waste of everyone’s time.  I just about pass muster on the Wii Fit games, in which I can ski, luge, snowboard, jog and cycle my way around the lounge much more proficiently than I can in the real world but, when it comes to the games that require a bit of savvy, you can write me off, really.

And to be honest, I don’t really like the games that much. This is just as well, as my lack of hand-eye coordination, strategic thinking and street wisdom leave me fairly impotent when it comes to games such as FIFA 14 and Skylanders Swap Force. I am not even looking forward to the days when he is allowed to play the likes of Call of Duty or Assassin’s Creed or Grand Theft Auto, as the mere prospect fills me with dread and trepidation.  And Alex too, probably.

It may not surprise you to learn, therefore, that I hanker back to the good old days when video games were a far more simple pastime.

Pong  – for those of you of  a certain age, Pong – or just Tennis as we simple folk in Hindley Green called 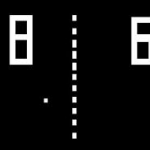 it – was probably the first video game you ever played. It was fantastically basic. All you had to do was stop your opponent – a friend, or the ‘computer’ – from knocking the ball off your side of the screen by strategically moving a bar (the bat) up and down as it moved toward you. If you were successful, the ball would travel over to his/her side to be stopped and bounced back.  It was like the Wimbledon Women’s tournament; rallies that lasted for days on end, thoroughly boring and not much to look at.

Space Invaders– I reckon that Space Invaders was probably the first global computer game phenomenon, though I am prepared to 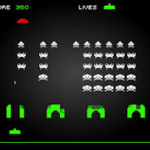 be shot down in flames on this point. Which is fitting, because shot down in flames is more often than not what happened to me whenever I played this game. I have many fond memories of bunking off our Monday morning computer science lesson at Wigan Tech to play in the arcade next to Whelan’s supermarket near the old bus station. I recently bought a Space Invader app for the iPhone but it wasn’t the same; for a start you can’t put your pint and ashtray next to the screen like you could with the table-top pub version.

Tiger Woods’ PGA Golf – I am not referring to the current, super HD graphics version of this game. That game falls squarely into the category of “too 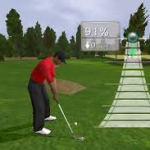 complicated for me”, like FIFA 14 or some of Alex’s other favourite games. Back in the early 90s, I used to have a very basic PC version of this game that only required you to have control of two arrow keys and the space bar. This was right up my street, and I was absolutely brilliant at it. I racked up millions of dollars in prize money and broke course record after course record. I wish I still had a copy of that old game. If anyone out there still has a version (I think it was called PGAGolf) I’d love to know if it will still work on a modern, non-steam driven PC but, sadly, I doubt it. 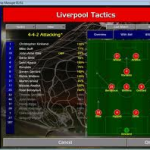 play it for hours – days, even – on end, well into the wee small hours. I was still never any good at it. I simply never had the patience to bother with the more boring, subtle nuances of the game. I never bothered spending too much time planning training sessions and formulating tactics during the midweek periods of the game, for example. I simply concentrated all my efforts on buying as many players as possible at the start of the season and then would just bawl and shout at them as I proceeded to guide them to defeat after defeat at the weekend. In the end, I stopped playing it as I realised I was in grave danger of morphing into Owen Coyle.

Stick Cricket – I was first introduced to this as a PC game years ago, but it 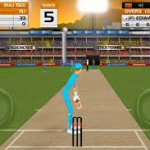 seems to have successfully re-invented itself as an app for mobile devices. The basic premise of the game is to whack the ball out of the ground as often as possible facing a variety of bowlers from the major test-playing countries. It’s a game that works perfectly on an iPhone or other smartphone.  It is ideal for boring train and bus journeys, particularly when you want to avoid talking shop with that annoying work colleague on the way to and from work. Given that I drive to work these days, I don’t play it as often, but it is a good alternative to a crossword or Sudoku when the smallest room beckons, if you get my drift.