Day 1 in the Big Dry House and Chris is in the Diary Room!

Today is the first of 31 days of alcohol abstinence during this (extremely long) month of January.

To be truthful, I would have to have been in a pretty bad alcoholic state to be craving booze this early in the proceedings and, to be fair, I’m not. Yay! Go, me! So, nothing too dramatic to report on the lack of booze front. Yet.

However, because giving up booze was clearly not a stupid enough idea in itself, I am also on a month long Weightwatchers diet, also 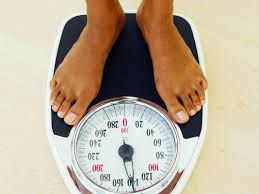 starting today. And that has been nothing short of tortuous, I can tell you.

With the Rocky theme playing in the background, me and my skimpy y-fronts jumped on the bathroom scales and then promptly jumped off again at the scary sight of the 13st 3lbs (83.9kg) reading. My quite modest goal is to get that down to about 12st 7lbs (79.3kg) by the end of January.

To this end, there were no post-NYE bacon butties this morning, no meat and potato pies this afternoon and neither will there be no Chinese nor pizza takeaway this evening. Instead, I had some paper thin toast for brekkie, a chicken butty camouflaged with some tasteless green, grass-like stuff for lunch and a measly bit of pork with lashings of healthy vegetables is to follow for dinner.

If I have any strength left at all, I will play football tomorrow night and then brush the cobwebs off the road bike in an additional attempt to shift those 10 pounds or so. It shouldn’t be too hard, really. With such little food and no booze entering my system, the weight should simply drop off. By February, I’ll hopefully be saving money, too – by faxing myself to work.

Now, I have no intention of keep pestering people for contributions, but if you feel the urge to sponsor me you can do so via the button below. I promise I won’t mention money again. But that button will always be there, winking at you with every update I make throughout the campaign.