I had a spot of man flu last weekend. You know the beast, a bit of a cough, a snotty nose, aches and pains and generally feeling under the weather. It’s not enough to make you miss your weekend boozing but you do sneeze now and again and cough a couple of times and definitely would rule out operating heavy machinery.

Heaven forbid as a bloke, however, you should as much as mention the fact that you might have a cold to a member of the opposite sex, though. You 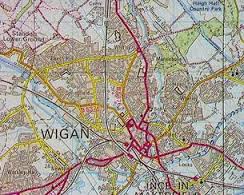 will be instantly castigated as a lead-swinging, mard-arsed charlatan who is exaggerating the extent of your ailment in an attempt to avoid all manner of chore and duty. You don’t have to actually complain about being ill to receive this treatment (excuse the pun), you merely have to mention it.

Anyway, I digress. So, as I say, I was a bit under the weather last weekend, so much so that I resorted to some medication. Nothing too drastic, just some cough stuff.

“It’s cough medicine! Don’t you even know the proper word for it?”

The thing is, in Wigan, for as long as I can remember, we’ve always called it cough stuff, never cough medicine. And everyone knows what you mean, even in Boots. There is a whole raft of other words or terms that we use in Wigan that no-one else has neither heard of nor understands, let alone uses in everyday conversation. Here’s a ponful of ‘em. Well, five, for starters.

Working stuff – This falls in to the same medicinal category as cough stuff. I will apologise now if you are reading this whilst eating your supper (via Facebook/Twitter) or breakfast (via my mailing list). I guess in Wigan we weren’t too au fait with posh medical terms, so we referred to things like laxatives and Syrup of Figs as ‘working stuff’. Really Griff, why? Oh, come on! Use your imagination; those types of potions are designed to get certain parts of your anatomy moving properly. Or, in other words, working, if you get my flow. Anyway, I apologise for this opening item if it’s put you off your food. I’ll attempt to raise the tone for the rest of the piece.

Maul’t dee-earth – The attempt at converting the Wigan accent into a phonetic spelling may have failed miserably here. The actual phrase is the Queen’s English is “mauled to death” and refers to the state of being pestered or bothered by someone to within an inch of one’s life. Obviously, being a Wiganer, you would not claim to have been merely bothered or pestered, though. It is far more likely that you would have been chauved, 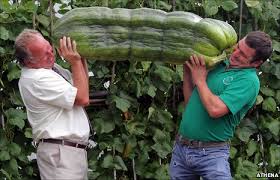 Marrer – “Ow doin, marrer?” roughly translates as “How are you, mate?”. Marrer (or marr-a) is a greeting usually used by one Wigan bloke to another, quite closely acquainted, Wigan bloke. Confusingly, in Wigan, this word is pronounced exactly the same way as the word for the vegetable, marrow. So, in the picture, there is a bloke with his marrer, with his marrer. Or is it marrow? Or both?

Klempt – Klempt is a fairly common Wigan word to describe extreme hunger, when you are ravenous or starving. It is often used in the phrase “I’m that klempt, I could eyt a flock bed”. The implication is that a flock bed is so dry and tasteless that you would have to be really starving to attempt to eat one. Come to think of it, no self-respecting Wiganer would eat that marrow in the above picture, either. Certainly not for his jackbit or scran (lunch). He would definitely much rather have a babby’s yed (steak pudding) with chips and gravy. Now, that would be beltin’, But, a big, fat, green vegetable like that? Now way, steady on, marrer!

Slutch – Alex Murphy, a famous old rugby league player turned BBC commentator, once praised a prop forward for his strength and stamina in the latter stages of a game considering the amount of slutch that was present on the pitch. 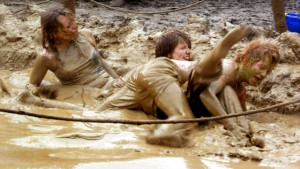 Slutch is a Wigan word for mud, and lots of it. Many were the times when I went out to play football on the school fields that I was warned against coming back “all slutchy”. The word has diverse uses. For example, any Wiganer who can be relied upon to be totally unfussy about what he or she eats or drinks may well come to be known affectionately as “slutchy guts”. It’s a term of endearment, believe me.

I’d like to thank the good folk of Facebook – Wigan branch – for providing some of these, and many other, well-worn Wigan word and terms. I now have sufficient material to create 5-4-Fridays for a month of Sundays.