The world and his wife is full of disgust and revulsion at the moment at the revelations that Lance Armstrong cheated his way to all those Tour de France titles, and quite rightly so. We have always known that cycling was riddled with drug cheats but somehow, we wanted to believe Armstrong was above it all because of his undoubted (but tainted) superiority and the wonderful work he did for cancer charities. But in the end he wasn’t, and the issue of drug abuse in cycling, and sport in general, has been brought firmly back into focus.

Poor Bradley Wiggins and Mark Cavendish must be feeling a real sense of indignation that all their recent achievements are being called into question when there is no evidence of any wrongdoing on their part.

Well, there is no hard, irrefutable evidence, but I’ve always thought there is something innately “special” about people from the Isle of Man and if those sideburns sported by Wiggins is not the result of some hideous drug experiment gone badly wrong then I don’t know what is.

And other sports do not remain above suspicion. For example, is it really plausible that the phenomenal sprinting prowess displayed by the Jamaicans Usain Bolt, Yohan Blake and Asafa Powell is simply down to a balanced diet of jerk chicken and Red Stripe? We all want to believe that they are clean because they seem such decent blokes. But would we be all that surprised if, ten years down the line, we learn that they too had been getting an extra little assistance out of the blocks?

And why, apart from the odd extremely isolated and usually low profile case, do we never find a problem with drugs in football? It was well-known that years ago the drug testers used to turn up at training grounds on a Monday morning. It was therefore very easy for a player to chuck a sicky or arrange a convenient dental appointment to avoid the testers. Nowadays the testing is much more sophisticated, allegedly, so why are more professional players not being found out? 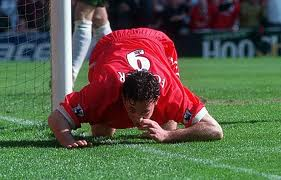 And drifting away from performance enhancing drugs here and into the realms of recreational drugs like cocaine, why are hardly any footballers caught with this fairly common-place stuff in their systems? According to studies, 1m people in the UK take cocaine regularly, usually simple no-mark men and women in the street. You’re not telling me that some of our thick, money-to-burn, to hell in a hand cart young footballers are not indulging too? I personally witnessed a high-profile Premier League footballer once do a line in a Wetherspoon’s pub on Birmingham’s Broad Street and I’m pretty certain he wasn’t the only one at it.

Do any of our sportsmen behave themselves? I suppose they do but perhaps we should be looking elsewhere in the public domain for our paragons of virtue. Maybe I’m just hankering after the moral and Corinthian values of yesteryear, a time and times that have probably gone for ever now. It’s a shame. These kinds of scandal would never have happened in Jimmy Saville’s day.